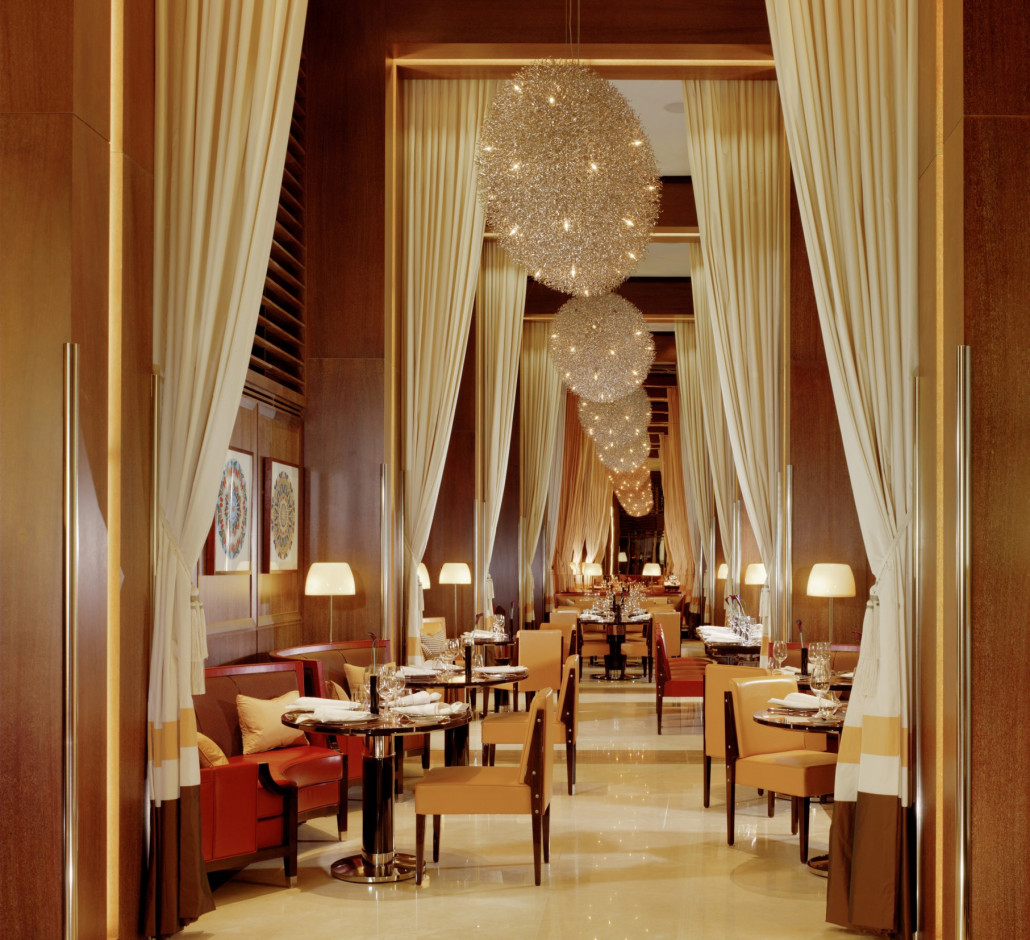 Having spent years in the gastronomic wilderness, steakhouses are currently enjoying a great renaissance. The Berni and Beefeater Inns of old have been cast aside in favour of a new wave that are altogether more sophisticated, stylish and brazenly glamorous.

Last September saw the arrival of Wolfgang Puck's CUT at 45 Park Lane. A legend on the US dining scene, Puck’s reputation most definitely preceded him and his first UK venture was one of the most eagerly anticipated openings of 2011.

Housed in one of Mayfair’s most prestigious addresses, the main restaurant occupies the ground floor, although there’s a bar-dining option available in the library on the floor above. Mirrors elongate an already long, thin dining room but the double-height ceiling offsets any sense of claustrophobia whilst long, draping curtains, booths and panels inject intimacy into the grandeur.

The event began with Parmesan breadsticks and an amuse bouche of blue cheese pastries, washed down with a deliciously crisp glass of Billecart Salmon Reserve Brut. My dining companion needed only seconds to decide on the maple-glazed pork belly with Asian spices, whilst I opted for the Dorset crab and lobster ‘Louis’.

Charmingly described as a “posh prawn cocktail”, this stalwart of the seventies steakhouse was reworked to perfection. Balancing the delicacy of crab and lobster meat with the punch of a well-seasoned dressing takes skill, and this dish is deservedly CUT’s signature starter.

And so to mains. My partner opted for the rib-eye of 100% pure breed Chilean Wagyu – cooked rare, in spite of the chef’s recommendation for medium-rare – and it delivered on its butter-like promise.

I had equal success with my choice of ‘Tasting of New York Sirloin’. All three pieces – USDA Prime Angus, Casterbridge Angus and Australian Wagyu/Black Angus – were seasoned and cooked to perfection, with the latter so unctuously rich it was more akin to foie gras than steak. The accompanying tray of three sauces (in addition to standard-issue trio of mustards) neatly solved the problem of which of the potential eight to choose from.

Sides of tempura onion rings and French fries with fine herbs were served in characteristically American proportions but with none of the vulgarity, and the Californian Cabernet Sauvignon chosen by our sommelier was the perfect partner.

By this point, dessert was officially surplus to requirement. But that didn’t stop us from indulging in the Banana Cream Pie and Warm Passion Fruit Cheesecake, their retro-kitsch appeal proving too powerful to resist.

Amongst a glut of high points, perhaps CUT’s most significant achievement is that it manages to be, at once, bold and brash but also reserved and refined. And, despite the undeniably steep prices, it still manages to feel generous, both in terms of the food and service.

So the next time you’re on the look out for a fine dining experience, but ‘morsels of this’ and ‘soupçons of that’ simply won’t cut it, you know where to go.