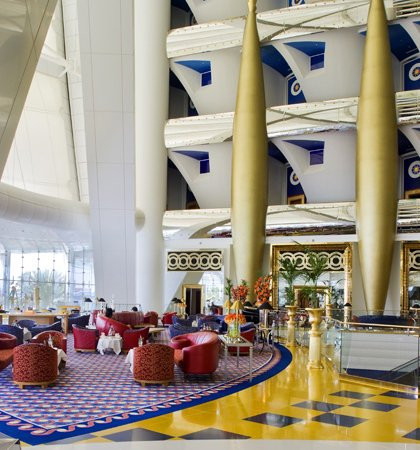 The inaugural edition of the World Luxury Expo will take place in Dubai next month, with the world’s leading luxury brands set to be in attendance at the ultra-exclusive, invitation-only event.

Situated in Dubai’s iconic Burj Al Arab hotel, the expo will feature a vast array of products from across the luxury sector, including fine art, watches and jewellery, fashion, furniture, private aviation and luxury travel.

Exhibitors will have the option to engage with guests in a variety of locations throughout the Burj Al Arab, including hotel suites for private viewings by appointment, discreet meetings, or walk-in enquiries.

The main exhibition space will be in the hotel’s state-of-the-art double-volume pavilion, known as the Grand Pavilion.

It is hoped that the event reinforces the Middle East’s role as a major component in the sustained growth of the global luxury market. Following its Dubai outing, the World Luxury Expo will move on to Saudi Arabia, Qatar and Abu Dhabi.

Heinrich Morio, General Manager of Burj Al Arab, said: "The Burj Al Arab is synonymous with luxury and that after 13 years Burj Al Arab has firmly established itself has the world's most luxurious hotel.

“We are looking forward to hosting World Luxury Expo, which we believe will become an annual signature event for Dubai. Our unrivalled personalized service is a signature of Burj Al Arab and we look forward to extending this to exhibitors and invited guests alike."

One of the most striking pieces to be displayed at the event will be what is billed as the world's most luxurious and largest ever atlas. Limited to just 31 copies, the giant-sized Earth Platinum atlas is made up of images stitched together with up to 1,000 individual photos – the largest boasting 12,000 photos joined together.