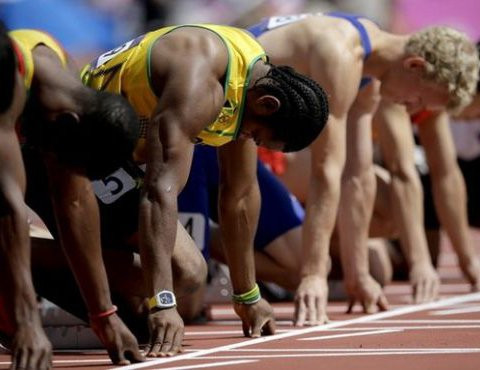 Usain Bolt was the focus of attention on Sunday as he retained his Olympic gold at the 100m final in London, but watch-lovers with a sharp eye may have also noticed the presence in the iconic race of a Richard Mille tourbillon protype.

The ultra-lightweight watch was worn by Jamaican sprinter Yohan Blake, who took silver in the race after finishing second, behind his compatriot and training partner Bolt.

Little is known about the timepiece besides its Jamaican colourway of black, green and yellow, due to Richard Mille being bound by stringent Olympics regulations surrounding commercial endorsements.

However, the brand have confirmed that its partnership with Blake – who defeated Bolt in Jamaican Olympic trials – will remain in place through 2013 while the brand develops a new caliber.

The Richard Mille watch brand was founded in 2001.