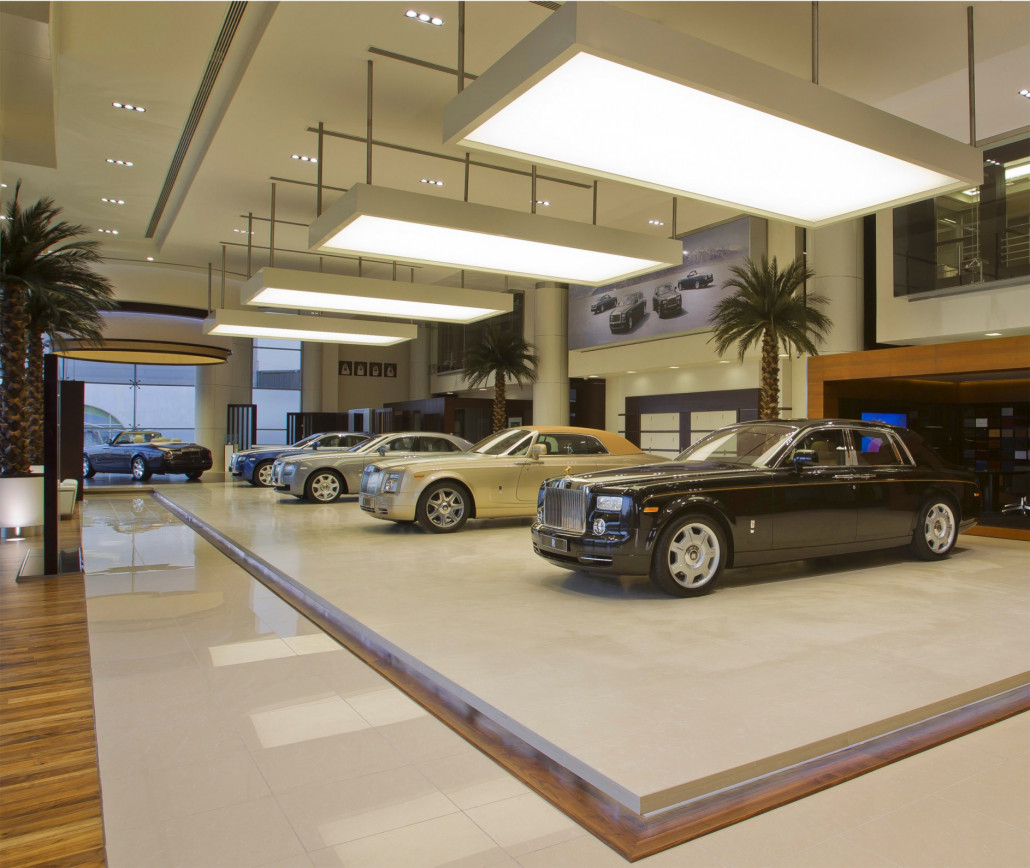 The occasion was marked by the unveiling of a Spirit of Ecstasy Centenary Collection Phantom Drophead Coupé, one of a collection of 100 highly bespoke Rolls-Royce Phantom models built to mark the 100 year anniversary of the marque’s distinctive bonnet figurine.

Speaking at the opening, Torsten Müller-Ötvös, CEO of Rolls-Royce Motor Cars, said: “The showroom opening in Abu Dhabi represents one of a line of new and expanded Rolls Royce showrooms which have been unveiled throughout the Gulf region in the last 18 months.

Whilst the United States remains Rolls-Royce‘s single largest market, the Middle East has increasingly provided a highly lucrative customer base.

Mr Müller-Ötvös added: “These investments underline the continuing confidence that the company sees in the Rolls-Royce brand across the Middle East."

There are 82 Rolls-Royce dealerships worldwide, of which 8 are based in the Middle East.