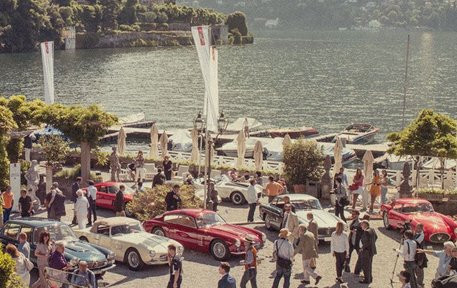 It has long been one of the highlights on the luxury calendar, but this year’s edition of the Concorso d’Eleganza Villa d’Este promises to be bigger and better than ever when it takes place on the banks of Lake Como in northern Italy later this month.

Bringing together some of the world’s most sought after classic cars and motorcycles at Villa Erba, a stunning 19th century villa, this year’s two-day event is themed around the glitz and glamour of the 1970s.

A special exhibition at the rotunda at Villa Erba will be devoted to the Art Cars which captured the imagination of art and motor racing fans alike in the 1970s. During this decade, renowned artists Alexander Calder, Frank Stella, Roy Lichtenstein and Andy Warhol all left their artistic signature on BMW racing cars.

Taking centre stage at the event will also be an exclusive auction, hosted by RM Auctions in the grounds of the nearby Villa d’Este hotel, with a glittering array of blue-chip vehicles set to go under the hammer.

Other notable models to be sold will include a Lamborghini Miura, a Mercedes 300 SL Roadster and numerous other Ferraris including a 458 Speciale

Furthermore, in the year of the Rolls Royce Phantom’s 90th anniversary, Phantom models from various decades will be competing in a special class in the Concorso d’Eleganza Villa d’Este car show in front of an international jury.