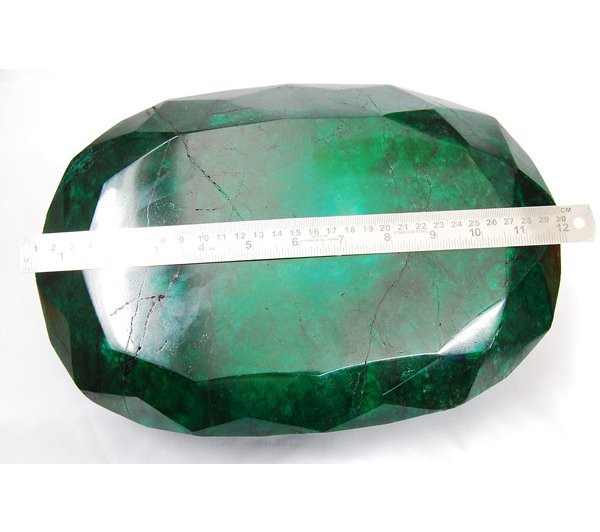 World’s Largest Emerald to be Sold at Auction

The world’s largest cut emerald – a 57,500-carat gem – is to be sold off at auction next week, with opening bids of $1 million.

The gem – called Teodora, or "gift of God", in Portuguese – was mined in Brazil and sold to an Indian buyer, but little is known of its origins.

Weighing 11.5kg, it is the fifth largest emerald ever found but the biggest to have been cut with facets - a process by which the surface of a gem stone is covered with several geometrically arranged, flat surfaces.

The gem was never cut into smaller rocks for jewellery because it is opaque and not translucent.

The emerald will be sold at Western Star Auctions in the city of Kelowna in British Columbia, Canada, on Saturday January 28. It will be displayed at the auction house up until sale day.