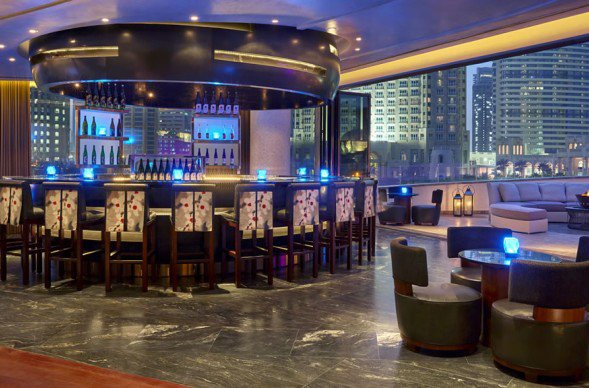 Nobu, the world renowned Japanese fusion restaurant chain, is to open its largest global venue in the Qatari capital of Doha on Friday.

Located in the Four Seasons Hotel and spread over three floors, the 134-seat restaurant has been designed in the shape of a closed oyster shell with river stones and bronze accents on the exterior serving as a nod to Doha’s rich pearl diving heritage.

The architecture is the brainchild of world renowned American architects Rockwell Group, who have collaborated on numerous other Nobu restaurants around the world.

The Four Seasons hotel, in which the new restaurant is housed, is located on a private beach and boasts its own private marina.

To mark the new opening, the hotel is offering a ‘Taste of Nobu’ package which includes a two-night stay and a 10-course Chef’s Tasting Menu for two, with prices starting at $1,275.