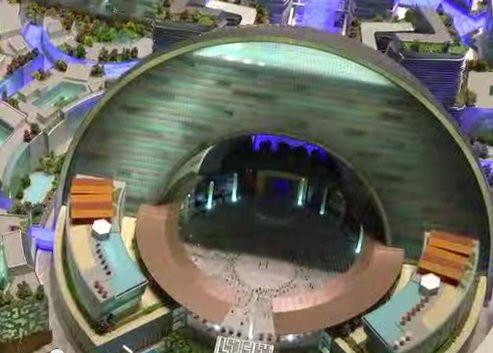 World’s Largest Shopping Mall to be Built in Dubai

Dubai has announced plans to build what will be the world’s largest shopping mall containing a theme park, hotels and 20,000 serviced apartment rooms.

The announcement of the new project, called ‘Mall of the World’, was made by Dubai Ruler Sheikh Mohammed bin Rashid Al Maktoum last weekend with the first phase of the multi-faceted venture slated to be complete within three years.

Spread across up to 50 million square feet, Mall of the World, the veritable leisure district will feature shops, entertainment and healthcare services, all connected by 7km of hermetically sealed avenues, along which trams will transport visitors from place to place.

It will be built over ten years and will be entirely climate controlled to deal with the often debilitating Dubai heat. At least half of the funds will come from internal resources, with the rest being accumulated through the debt market, sales of some parts of the project, revenue from leasing, and partnerships, according to Dubai Holding Chief Executive Ahmad bin Byat said.

Speaking at the launch announcement, Sheikh Mohammed said: “We plan to transform Dubai into a cultural, tourist and economic hub for the two billion people living in the region around us. And we are determined to achieve our vision."

"Our ambitions are higher than having seasonal tourism. Tourism is a key driver of our economy, and we aim to make the UAE an attractive destination all year long. This is why we will start working on providing pleasant temperature-controlled environments during the summer months."

The news will offer a morale boost to the United Arab Emirate which has gone through significant financial uncertainty in recent years. However, a recent report by financial analysts Deloitte suggested that $12 billion of the UAE's stalled construction projects are now back on track.