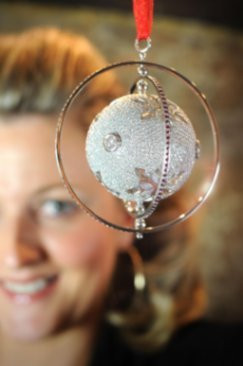 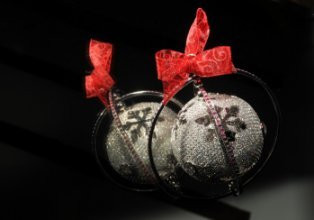 At £82,000 this Christmas decoration by UK jeweller Mark Hussey is topping the world’s most valuable listing with its precious jewels and solid gold grandeur, all created in a small village jewellers.

Adding to its spectacular appearance is the hand-made box with stand in which it is presented.

This unique decoration was designed by partner of Hallmark Jewellers Mark Hussey who fashioned the unique creation in the business’ village workshop and later unveiled it during a V.I.P. gala evening in the Titchfield shop in Hampshire, UK.

The Bauble was surveyed by the National Association of Goldsmiths who deemed it to be worth £82,000 and consequently christened it the most valuable Christmas Tree Bauble currently in existence.

Mr Hussey began creating the diamond-encrusted decoration straight after Christmas last year and has spent most of 2009 completing the record-breaker.

Due to its extreme value, the Bauble is being kept in a steel-framed case with laminated glass 6mm thick and surrounded by a microwave bubble which sounds if it is broken.

The world’s most expensive Christmas tree bauble is currently on display in Hallmark Jewellers in Titchfield.