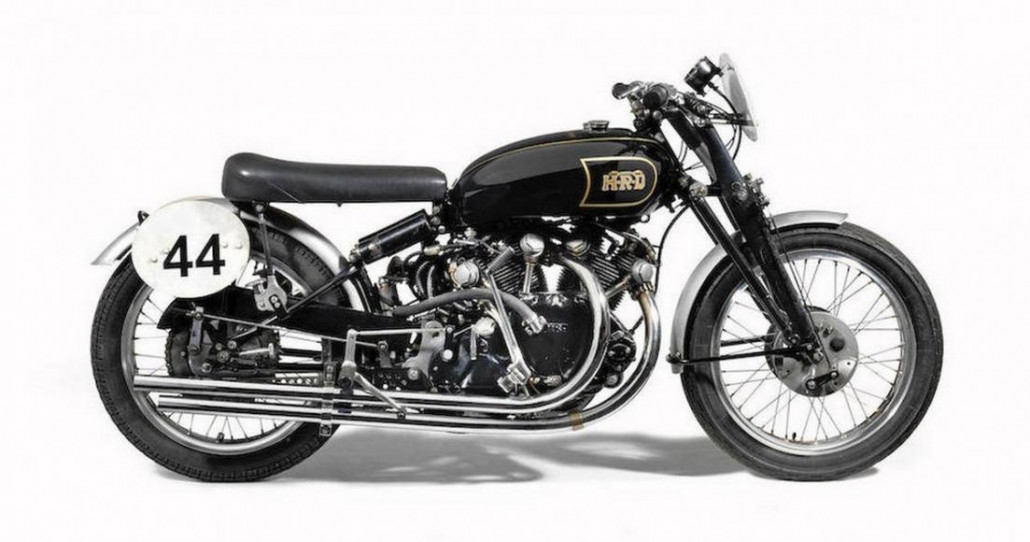 World’s Most Expensive Motorbike to be Sold at Auction

A Vincent Black Lightning, which became the most expensive ever motorcycle make when one of its number sold at auction for nearly $1 million earlier this year, is set to go under the hammer once again in October.

Earlier this year, an extremely rare 1951 Vincent Black Lightning bike was auctioned by Bonhams in Las Vegas. Recognised as one of the most coveted motorcycles of all time, it was owned by racer Jack Ehret who used it to set Australia’s land speed record of 141.5 mph.

One of just 30 Black Lightnings made, the motorcycle was completely original and unrestored and went on to sell for $929,000, creating a new record for the most expensive motorcycle sold at an auction.

Now auction house Bonhams is to offer another Vincent Black Lightning in a sale in October at the Barber Motorsports Museum in Birmingham, Alabama.

The ultra-rare 1949 Vincent Black Lightning is often called the “Ferrari GTO of two wheels” thanks to its rarity and desirability, with only 19 matching-numbers of them existing around the world today.

This particular Vincent is the 2nd example of the Black Lightning built by the British motorcycle company in 1949. It was ordered new for Swiss racer Hans Stärkle and his team NSU and has full ownership history. It is also the earliest most original example in existence.

According to pre-auction estimates, the Vincent Black Lightning motorcycle is expected to fetch around $400,000 – $500,000.