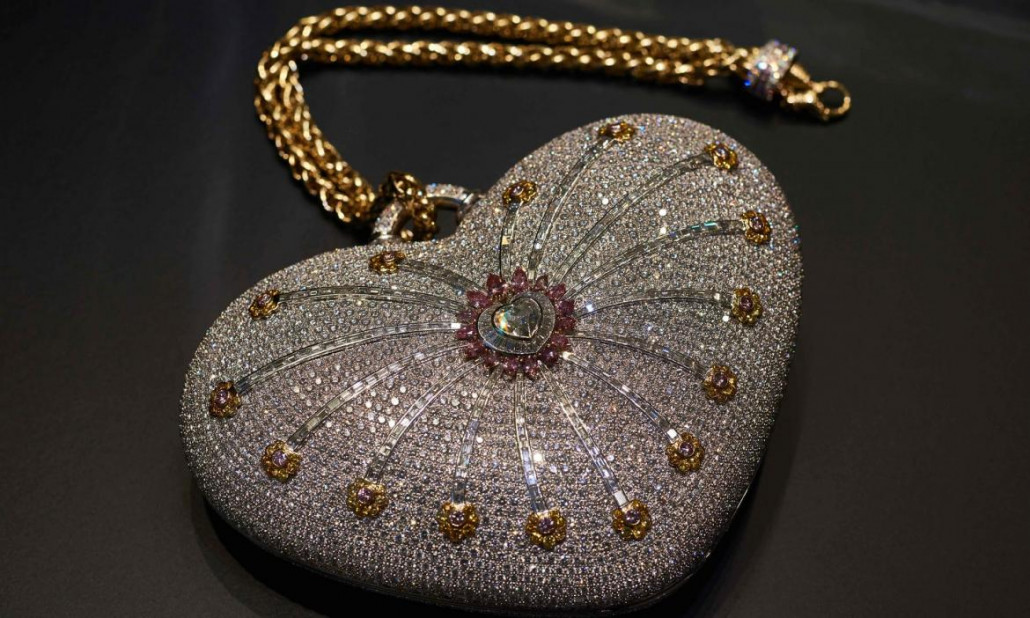 World’s Most Expensive Purse: Yours for $3.8 Million

The world’s most expensive purse is being put up for sale by auction house Christie’s, with an eye-popping price of $3.8 million.

In 2010 it set the Guinness World Record for being the most valuable handbag – but has only now been put up for sale.

Handcrafted from 18k gold, it is studded with an incredible 4,500 diamonds amounting to 381.92 carats – all of which contributes to the piece’s world record price tag.

While most of the diamonds used are colourless, 106 yellow and 56 pink diamonds were incorporated into the design, with artisans spending around 8,800 hours creating the masterpiece.

The sale will be handled by Christie’s and the auction house will take the creation on a tour through Hong Kong, Geneva and London to generate interest ahead of the auction.

Robert Mouawad turned over the reigns of the family's eponymous high-end jewellery business to his sons Fred, Alain and Pascal in 2010. Established in Beirut in 1890 by his grandfather, the Mouawad jewelry business has nearly 20 stores in the Middle East, Asia, Switzerland and Los Angeles.

The jeweller also boasts one of the most dazzling gem collections in the world, including the L'Incomparable diamond necklace, which holds a $55 million flawless centerpiece diamond.