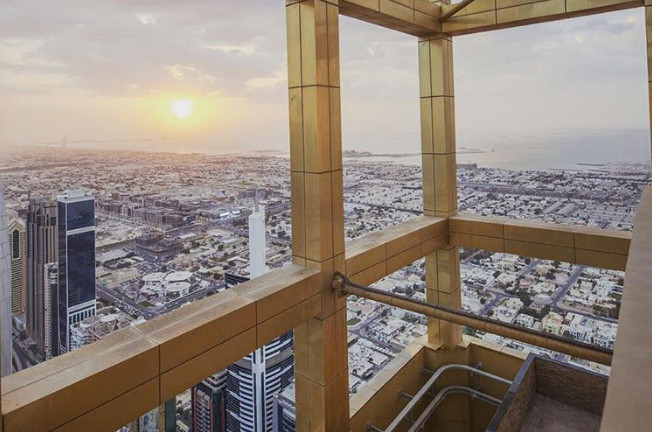 The billionaire’s playground of Dubai is set to open the doors to the world’s tallest hotel, standing at a height of 365 metres.

Located in the Trade Center area on Sheikh Zayed Road, the Gevora Hotel is the newest edition to Dubai’s lengthy list of eye-catching architectural landmarks, and boasts a total of 75 floors and 528 guest rooms.

The recently built hotel promises its guests “the best of Middle Eastern Hospitality and exclusivity”, and features a health club on the 12th floor and a main pool deck with a swimming pool.

The hotel also has four in-house restaurants and a pool bar offering panoramic views of its surroundings.

Currently, the world’s tallest hotel is also in Dubai, the JW Marriott Marquis which opened last year and stands at 355-metres, meaning the new opening will beat it by just ten metres.