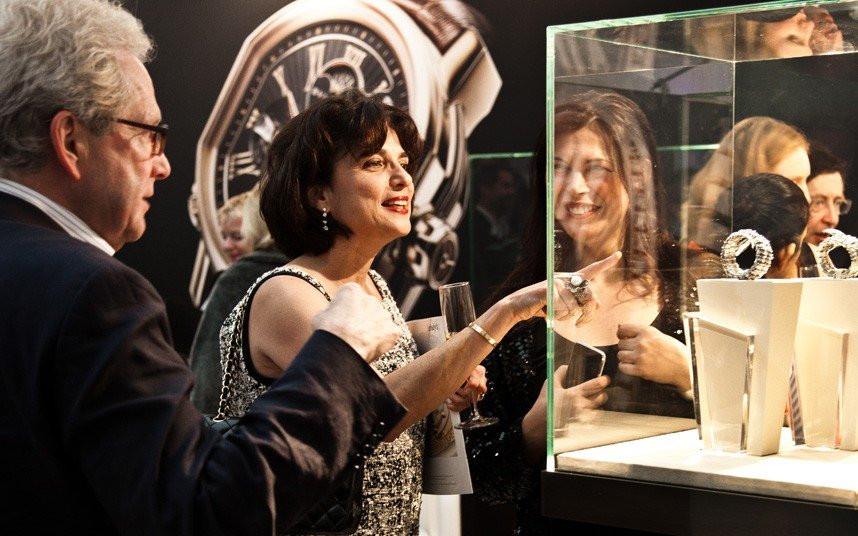 Your Complete Guide to Salon QP 2015

For three days each year, the focus of the watch world turns on London as the city plays host to Salon QP, a lavish celebration of all things horological.

With this year’s edition very nearly upon us, we’ve put together a guide to the show, serving as a taster of what visitors to the Saatchi Gallery for the 3-day event can expect.

History: In 2009, luxury watch publication Salon QP magazine launched SalonQP, an exhibition bringing together the top products from many of the world’s most famous watch brands. It rapidly became established as one of the top events on the luxury calendar for watch brands, collectors and enthusiasts the world over.

Where: Since 2011, SalonQP has taken place at the prestigious Saatchi Gallery in Chelsea and is held across all three floors of the venue.

The Old Guard: Virtually every established luxury watch brand in the world comes to Salon QP each year - evidence that the show wields genuine influence on the industry. This year’s instalment will be no different, with the great and the good of the industry in attendance to showcase their latest dazzling creations in front of a captive audience.

Fresh Faces: There is always a healthy smattering of new brands showcasing their wares at Salon QP. This year, some of the less recognisable names in attendance will be Le Rhöne, Rebellion, Lebeau-Courally, Raidillon and Bruggler. The last name are well worth checking out for their innovative venture which, earlier this year, saw them launch an online platform for its custom quartz and mechanical chronographs. With 14 options including case finish, dial colour, gem setting and lume colour, there are a total of 258 nonillion (not a typo) possible combinations.

First Glance: A number of impressive watches will be making their global debut at this year’s Salon QP. Among these horological highlights will be a Harry Winston’s rock’n’roll Opus 14, the Freelance Piper by Raymon Weil, the Squale Master Diving watch engraved by Mario Terzi ,the Teutonia II Großdatum Chronometer by Mühle-Glashütte, the MB&F Legacy Machine Perpetual, and the GraffStar Slim Eclipse by Graff.

Special Events: In 2014 SalonQP launched Gems of Time, an exhibition dedicated to the world of high jewellery watchmaking and following its success it returns once again for this year’s edition. Themed around “The Art of Colour”, it will feature dazzling creations past and present from the likes of Piaget, Bulgari, Jaeger-LeCoultre and Backes & Strauss.

Meanwhile another specialist exhibition – Inside A Second – will join the host of attractions this year, paying tribute to the glorious history of the chronograph, one of horology’s most alluring and enduring complications. From its 19th century origins to the very latest avant garde designs, the ability to measure time mechanically will be explored in stunning depth.

Another key feature of SalonQP is its ever-popular seminar series, which sees the world’s leading watch experts – alongside journalists, historians, designers, CEOs and collectors – discuss the many facets of the industry. There will also be a screening of the UK premiere of watchmaking documentary The Watchmaker’s Apprentice.

Open to selected guests only, the exhibition kicks off with an exclusive evening reception and there is also a VIP cocktail reception on the closing day.