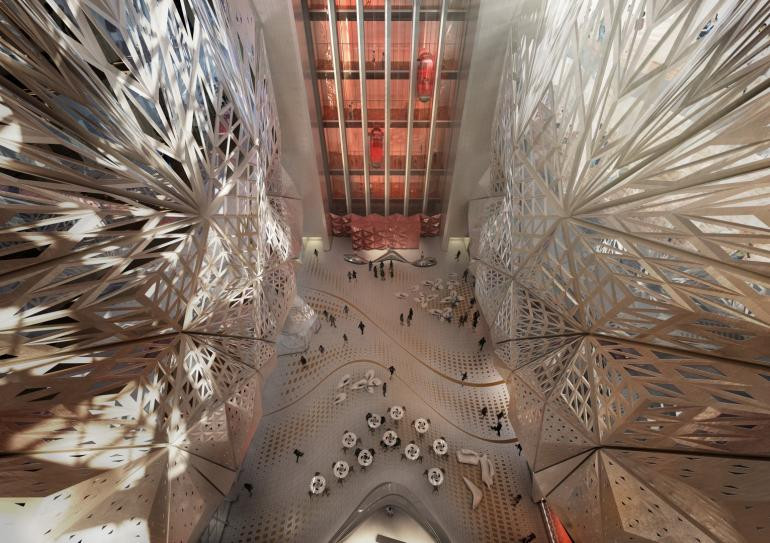 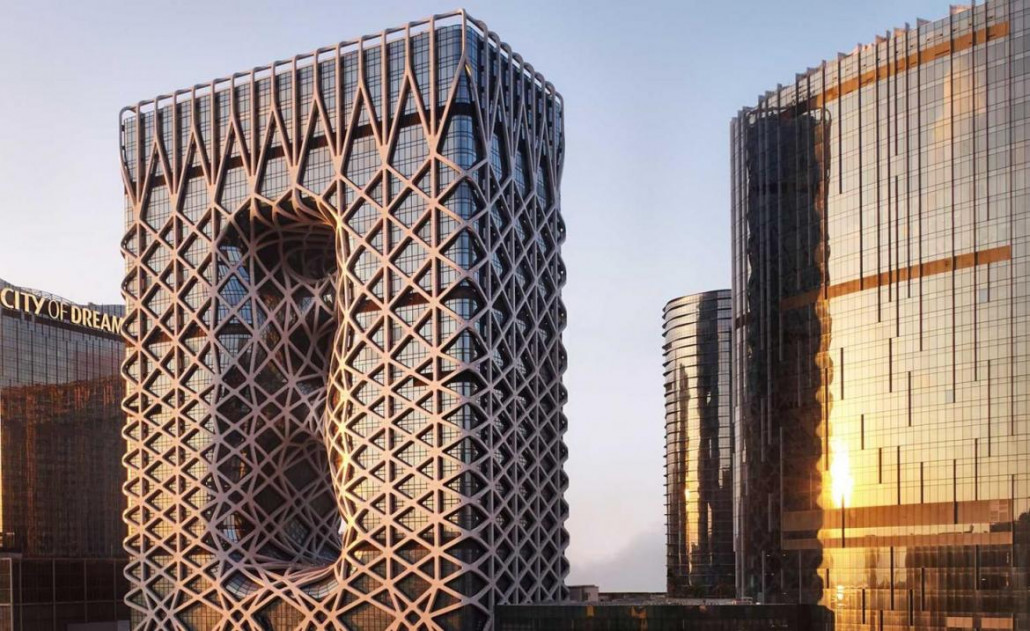 Zaha Hadid Architects, the company previously owned by Dame Zaha Hadid who died in 2016, have added to her legacy with the creation of a stunning futuristic hotel in Macau, China, designed by Hadid before her passing.

Macau’s Morpheus hotel, which opens its doors to guests in June, is part of the City of Dreams development by Melco Resorts & Entertainment.

The structure has the same futuristic, otherworldly quality that was integral to so much of Hadid’s work. The exoskeleton, in particular, has a uniqueness as it wraps to fit the contours of the building.

The bridge-like structures at the core of the building is utilised as communal dining and lounge spaces, while the upper seven floors contain VIP gaming facilities, three pool villas and six duplex villas, and a partially covered rooftop swimming pool.

On the ground floor, guests can indulge their sweet tooth at the Pierre Hermé Paris Lounge or head to one of the property’s three restaurants - two of which are helmed by legendary chef Alain Ducasse.

The building boasts no less than 12 elevators, adding to the ultra-futuristic look and feel, while the spa goes one step further with its own Snow Garden, said to be equipped with real snow.

Zaha Hadid, became the first woman to win the Pritzker Prize in Architecture when she received the award in 2004.