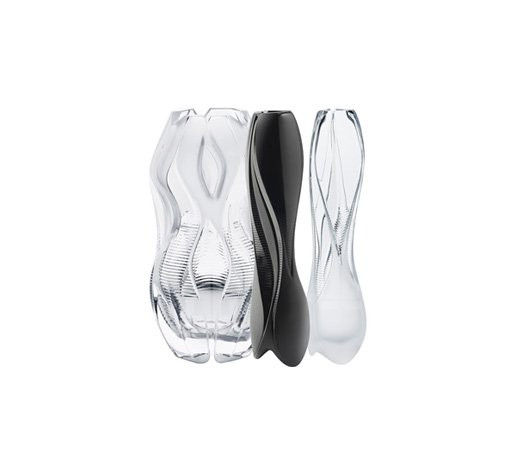 Comprising two distinctive vases, the collection comes in a choice of white or black crystal – the latter being famously complex to work with .

The Manifesto vase boasts innate, fluid lines, whilst Visio vase features lines that ascend upwards in the style of a crystal tower. Both also feature satin and polished finishes – hallmarks of many Lalique pieces, and are available as signed and numbered editions.

The collection is available to purchase in Lalique stores worldwide, with prices starting at €12,000 ($16,400).

Lalique was founded by René Laliquein the late 19th century. In recent times the it has reinvented itself as a luxury lifestyle brand, specialising in crystal jewellery, perfumes, decorative objects, interior design, and art pieces.

Zaha Hadid, became the first woman to win the Pritzker Prize in Architecture when she received the award in 2004. She has also appeared on Forbes’ “100 Most Powerful Women” and Time’s “100 Most Influential People” lists.