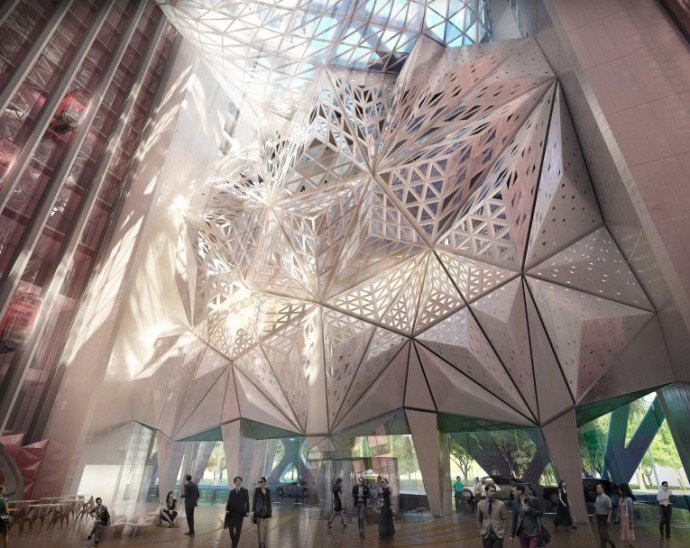 Called the City of Dreams, the 40-storey hotel will be located in the Cotai section of Macau on a strip that is becoming increasingly dotted with luxury hotel-casinos.

“The tower’s exposed exoskeleton reinforces the dynamism of the design. Expressive and powerful, this external structure optimizes the interior layouts and envelops the building, further deﬁning its formal composition and establishing relationships with the new Cotai strip,” said property developer Melco Crown Entertainment in a statement.

Famous for her radical deconstructivist designs, Ms Hadid, became the first woman to win the Pritzker Prize in Architecture when she received the award in 2004. She has also appeared on Forbes’ “100 Most Powerful Women” and Time’s “100 Most Influential People” lists.

The City of Dreams is slated to open in early 2017.