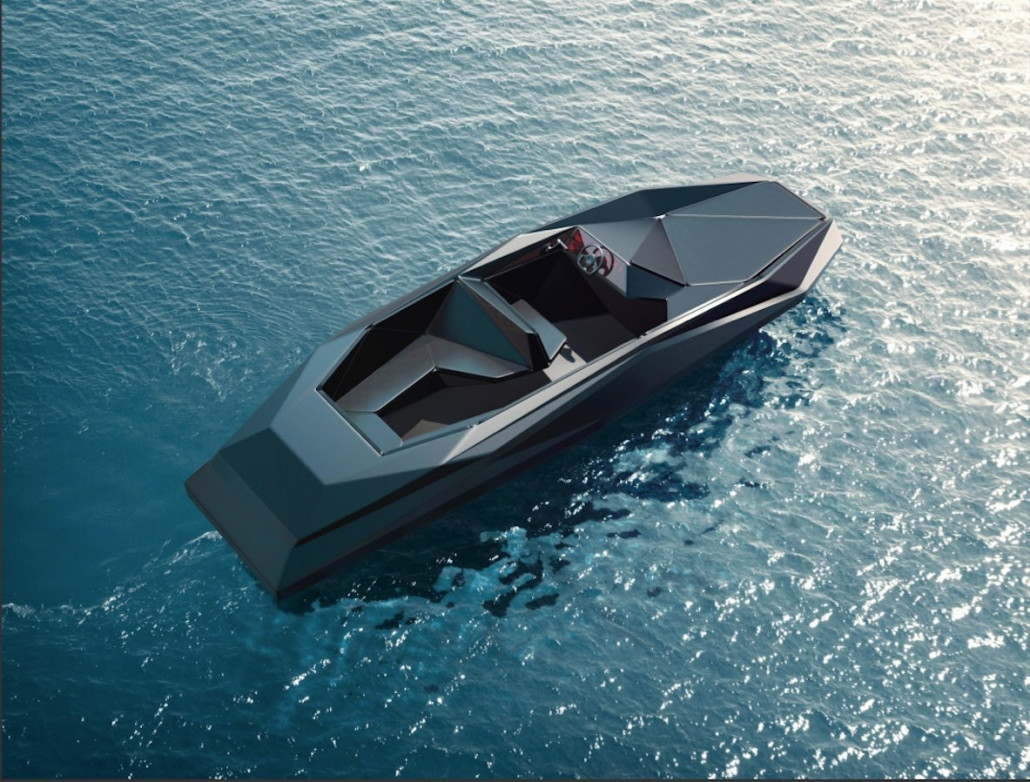 World-renowned architect Zaha Hadid has designed an 8-metre motor boat made from fiberglass and carbon fibre called a ‘Z-Boat’.

Designed for London-based art dealer and writer Kenny Schachter and his ‘Rove Projects’, the boat will be offered in a limited edition of 12, each priced at around €375,000.

Whilst the prototype of the heavily stylised Z-Boat is jet black, there are plans to produce the vessel in a selection of colours, including blue, white and grey,

Mr, Schachter, who has partnered previously with the Baghdad-born architect on a three-wheel car project, described the boat’s asymmetry as “a distinctive element in the boating world, which lends the boat a strong sculptural – and a little menacing – presence.”

A press release sent out by Mr Schachter and the French firm Shoreteam which is charged with building the Z-Boat, elaborated by saying, “The idea is to think of vessels or vehicles as highly individualistic expressions of art, architecture and design, reflecting the edge of what is possible using the most advanced means.”

The boat's speed capacity has yet to be confirmed, though Mr Schachter confirmed that it would be "as high a spec as customers dare to go and is safe to maintain."

Famous for her radical deconstructivist designs, Ms Hadid, became the first woman to win the Pritzker Prize in Architecture when she received the award in 2004.