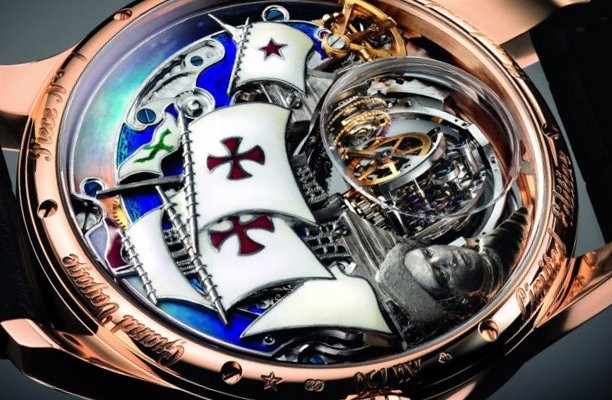 Swiss luxury watch brand Zenith is marking its 150th birthday with a new version of its Christopher Columbus range of timepieces.

Billed as Zenith’s most complicated ever watch, the Academy Christophe Colombus Hurricane Grand Voyage II features on its dial micro-painted depictions of three famous ships sailed by Columbus during one of his epic voyages.

Other notable features of the watch include a brown alligator leather strap with an 18-karat rose gold triple folding clasp, water resistance up to 30 metres and a power reserve of 50 hours.

The Academy Christophe Colombus Hurricane Grand Voyage II till debut at the 2015 BaselWorld watch fair in Switzerland in March.

Zenith was founded by Georges Favre-Jacot in Le Locle, Switzerland in 1865.