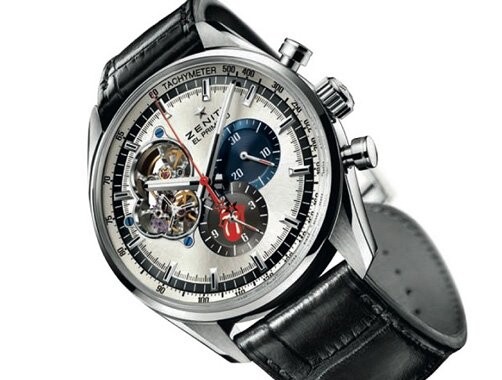 Zenith Team up with Rolling Stones to Create Timepieces

Swiss watchmakers Zenith have teamed up with legendary band Rolling Stones to create a series of limited edition timepieces.

The series starts with El Primero Chronomaster 1969, a 42mm steel cased watch inspired by the the world’s first automatic chronograph movement of the same name that first launched in 1969.

Limited to 250 pieces, the watch is powered by the El Primero 4061 movement and boasts two chronograph counters, 30-minute at 3 o’clock and 12-hour at 6 o’clock, bearing the colours of the original 1969 model.

Jean-Claude Biver Head of the LVMH Group Watch Division, said: “Disruptive thinking gave birth in the 1960s to the first (El Primero) chronograph movement timing to one 10th of a second.

“The same ‘outside the box’ thinking gave birth to the new Blues and Rock’n’Roll music. Both Zenith and The Rolling Stones are today living legends. No wonder that they are now teaming up.”

Zenith was founded by Georges Favre-Jacot in Le Locle, Switzerland in 1865.