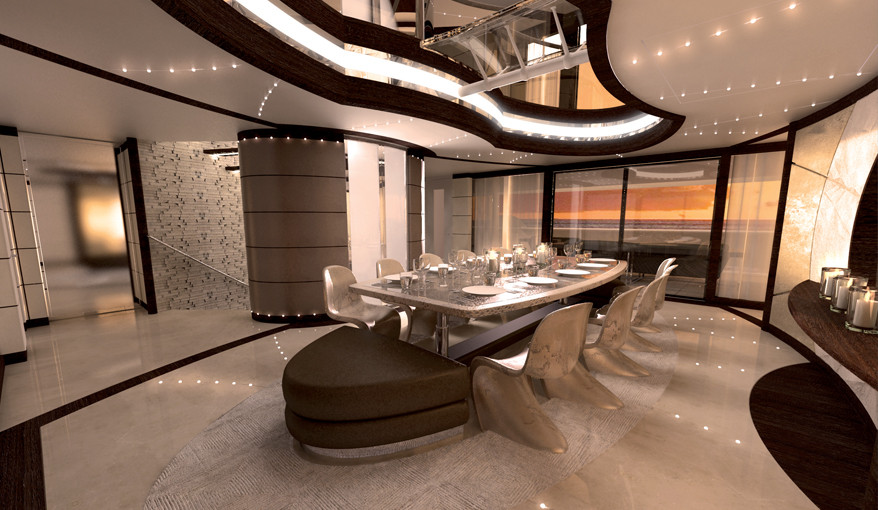 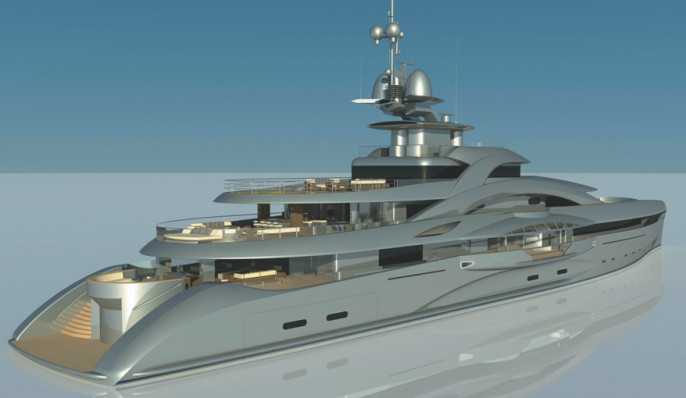 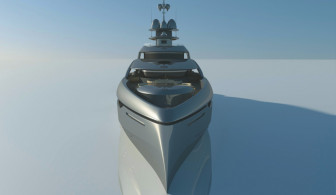 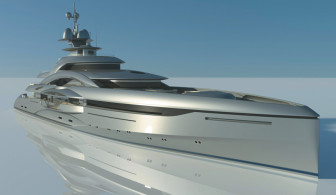 Project Mars is a unique 90 metre motor yacht concept, begun with an owner’s idea but continued with a shipyard’s passion. With naval architecture by Fincantieri and design by H2 Yacht Design, the attention-grabbing Project Mars features a crisp linear design discipline with a sophisticated, minimal and contemporary style, creating pure understated luxury. The result is a futuristic, unique martial exterior profile whose lines gently glide into balanced, relaxing, modern and comfortable interior environments.

Project Mars was originally created for an owner who had a change of heart during the development process, only for the reigns to be picked up by Fincantieri to continue the design process.

Easy access between all decks is planned with the service of a glass elevator and the interior has been cleverly arranged to allow separate access and passages throughout for the crew.
Occupying one of the highest areas of Project Mars, the bridge deck continues the strong glass theme with the enclosed areas of the deck totally encased.

It is anticipated the super yacht would be powered by two MTU engines and be equipped with the latest systems for noise and vibration reduction.

Fincantieri Yachts is synonymous with high-end pleasure yachting, combining luxury and style with advanced technology. It specialises in high-quality superyachts over 70 metres in length, and there is no limit to the size or volume of yachts it can produce. Clients who choose Fincantieri Yachts to build a yacht consider two important factors: first, the quality of the yachts built in our yard; and second, the Fincantieri Yachts’ ability to turn the owner’s wishes into reality.