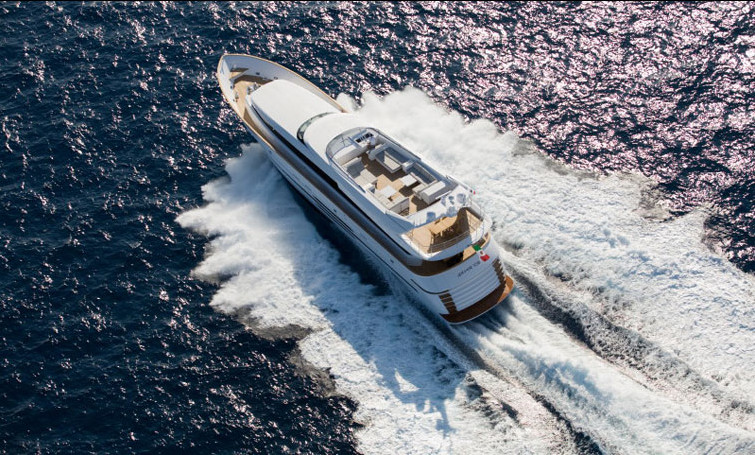 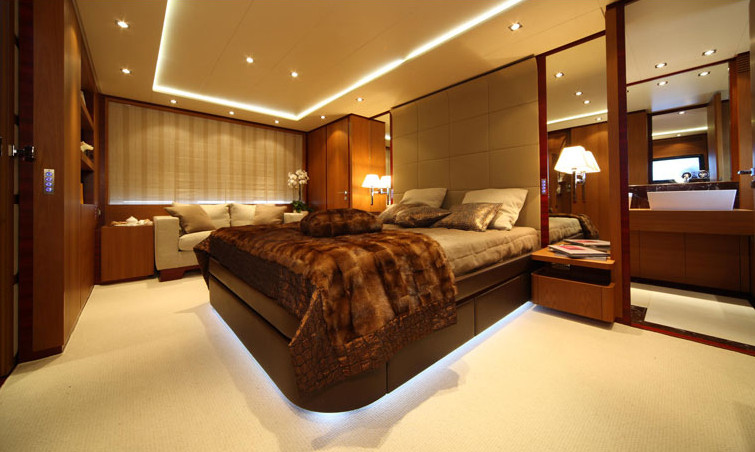 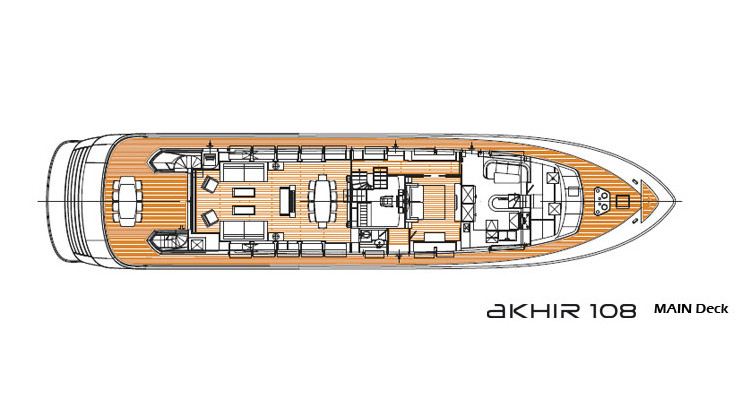 The interior displays an elegant linear style washed with warm neutral tones from the use of natural teak and red Paduk. Standard layout accommodates up to ten guests across two twin cabins, a VIP cabin and a full-width owner’s suite on the lower deck. The owner’s private office can be converted into a double stateroom to sleep the extra two guests.

A tri-deck luxury vessel, each Akhir 108 semi-custom design is composed of a fly deck, main deck, and lower deck. The very first launch of the range hit the water in 2008.

The vessel has a cruising speed of 25 knots and can reach a maximum speed of 30 knots. A range of 450 nautical miles is possible when cruising at 25 knots. The super yacht is powered by twin MTU 16V 2,000 M93 engines.