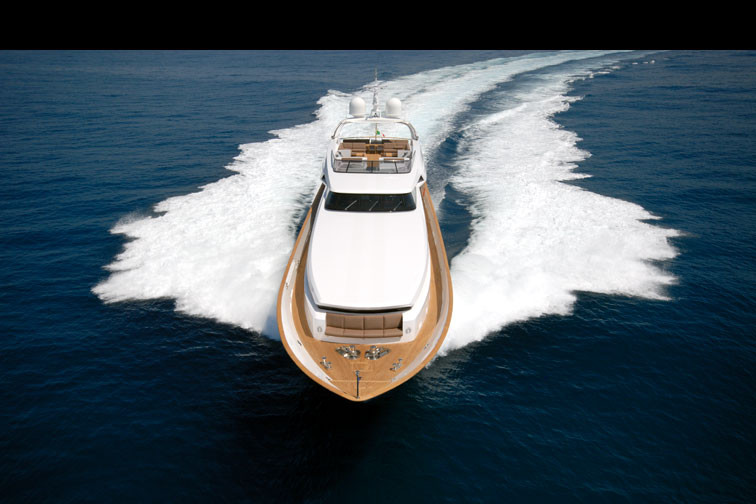 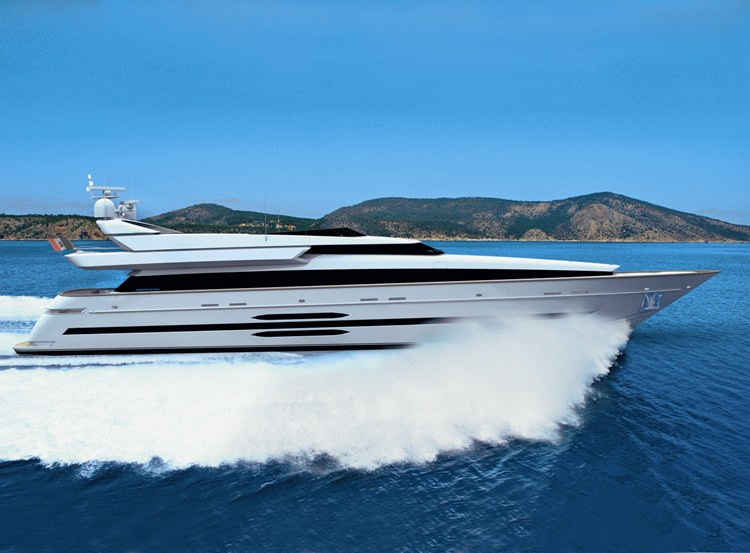 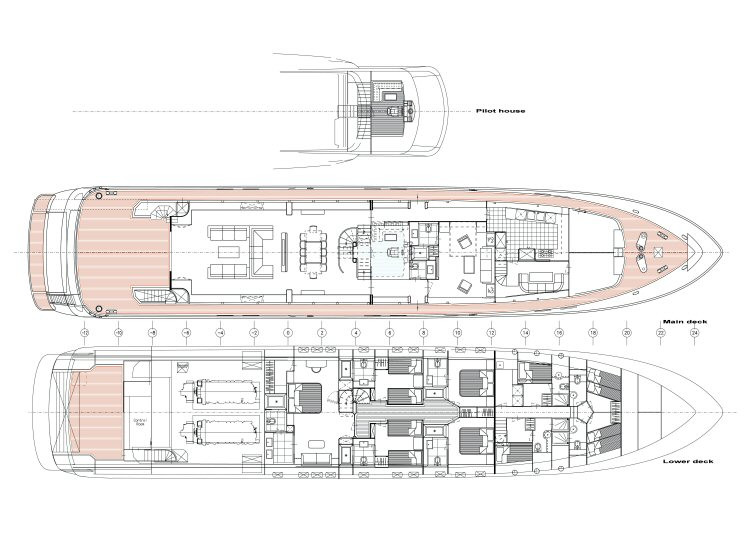 Purchase a yacht from this model range
Models Search

The Akhir 135 series presents a range of 41 metre motor yachts built with a composite hull and superstructure to ABS classification. Naval architecture and interior design is the work of Cantieri di Pisa while exterior design is from the sketch book of Carlo Galeazzi who was given the task of refreshing the entire Akhir range.

A tri-deck luxury vessel, each Akhir 135 semi-custom design is composed of a fly deck, main deck, and lower deck. The line keeps all the hallmarks of the Italian shipyard’s iconic Akhir range along with some new features including the stylish double staircase in the main salon.

Standard layout positions five guest cabins on the lower deck and features a main salon with an unusual 8.5 feet of headroom that provides for both virtually uninterrupted views and simple fly deck access.

A characteristic of the Akhir range, the 135 features black windows on a white superstructure with nine windows arranged in a rectangular formation within in the hull to allow a flood of natural light in the full-beam master suite. The very first launch of the range, motor yacht Lazy Me, hit the water in 2008.

The vessel can reach a maximum speed of 29 knots and a range of 2,740 nautical miles is possible when cruising at 12 knots. The super yacht is powered by twin MTU 16V 4,000 M90 engines.