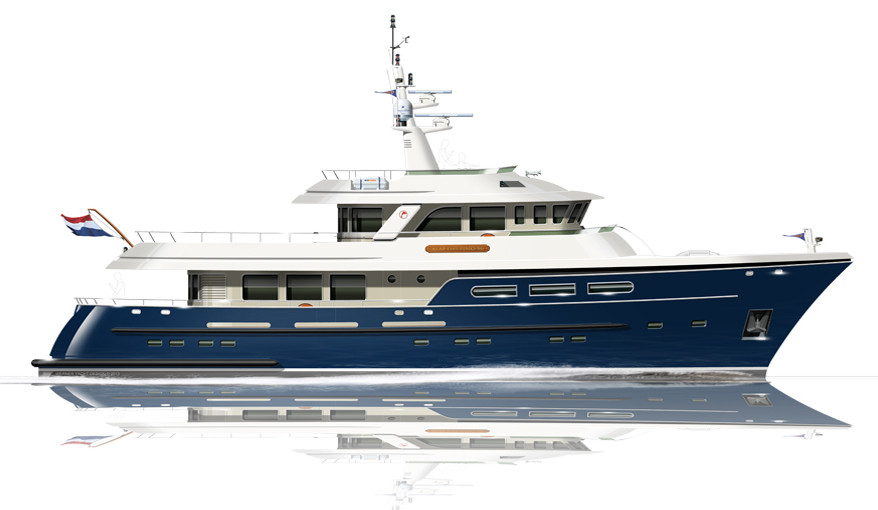 Shortly after Jachtwerf De Alm and AZZA Yachting Belgium introduced the 87 ft. Delfino, they received inquiries for a tri deck version of the Delfino trawlers.

Shown here is the very first concept that we presented to the yard. The design shows a very spacious interior for eight plus four crew. The owner's cabin is laid out over multiple decks; the cabin is situated on the main deck, the open bath room situated forward of the cabin, half a deck lower. The bathroom gives access to a fitness area, which has been dropped another half a deck. The crew of course is self-contained.