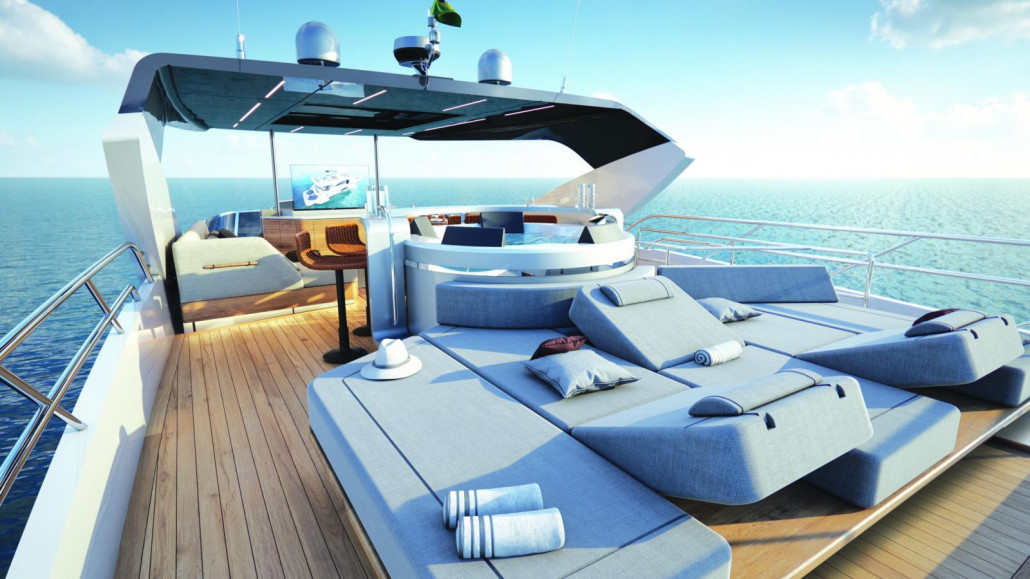 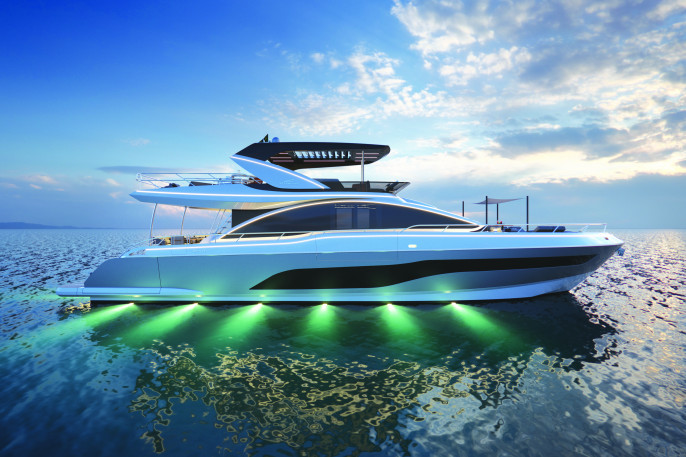 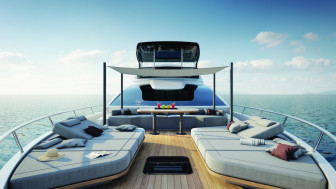 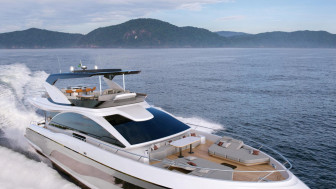 The Intermarine 24m is a new classification of luxury yacht. Challenging pre-conceived notions, Intermarine has worked alongside designer Luiz de Basto to bring a new interpretation to the yard's 'family feeling' design on the 95 foot model with great success.

The Intermarine 24m is characterised by smooth, elegant lines along its length, which serve to highlight the large windows and curved glass band on hull side. Luiz de Basto's prowess is in the artform and manipulation of glass, and the Intermarine 24m is a successful example of this implemented on a smaller yacht than usual with great effect.

The glass serves not only to give a contemporary and modern feel to this yacht, but also gives the effect of amplified volume and length of a much larger superyacht.

Also not typical of a yacht of this size is the large swim platform and exclusive beach club, composed of two side decks which open up when the boat is at anchor. This is a feature first introduced on the 62' model but expanded upon here due to its resounding popularity.

The main deck also features a large balcony starboard which can be activated at the push of a button, for ultimate privacy and proximity to the sea.