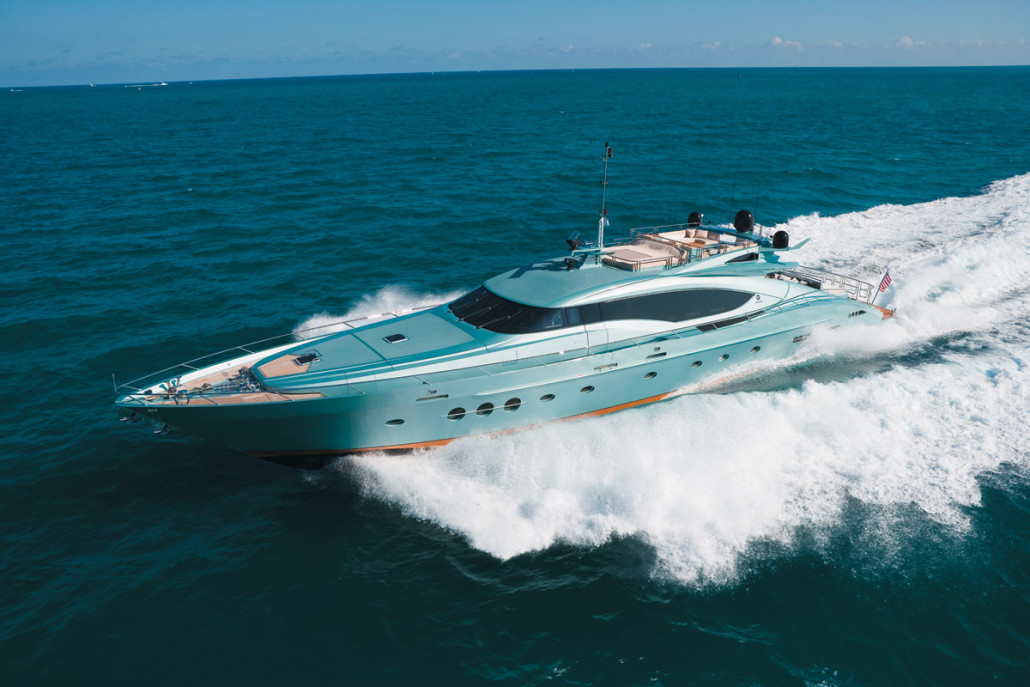 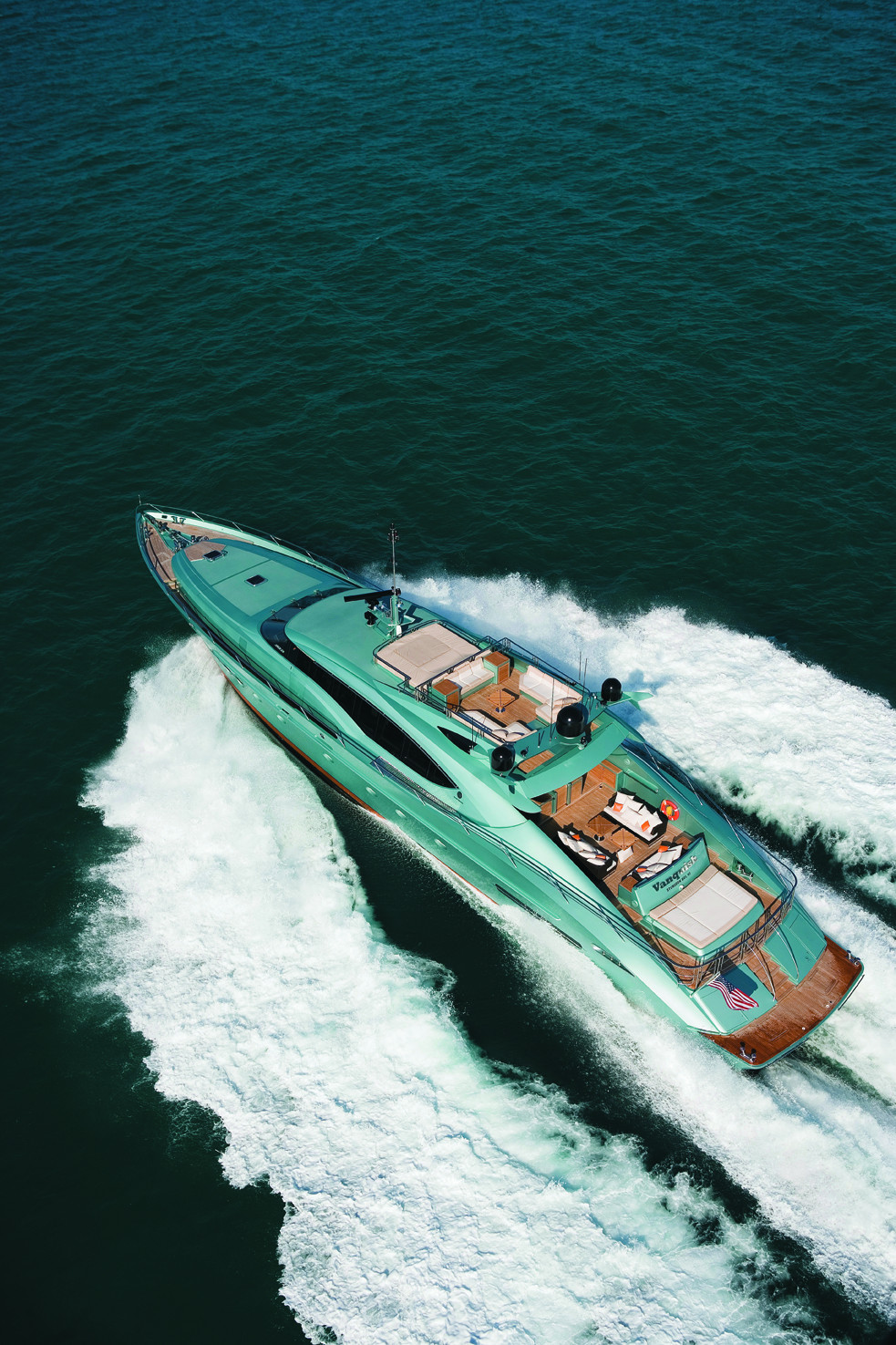 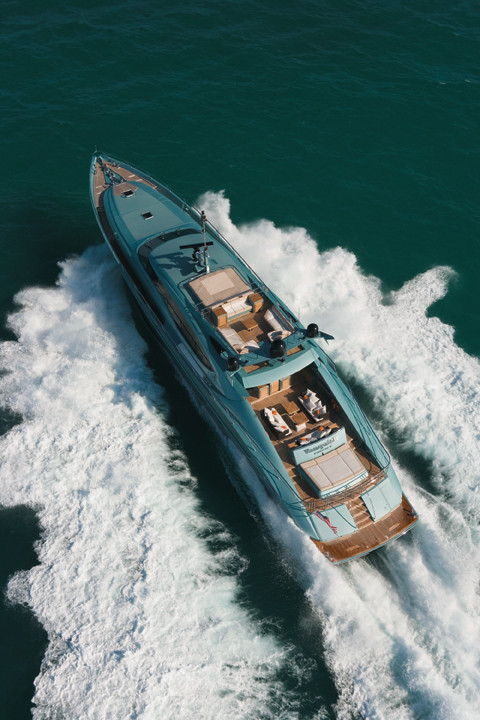 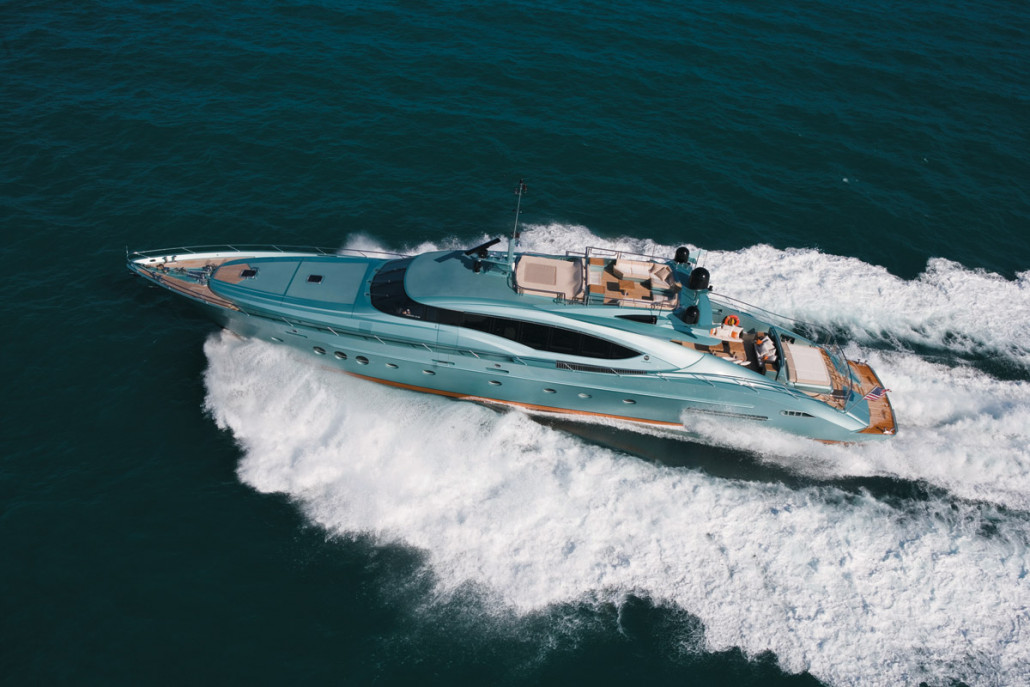 The PJ 120 Sports Yacht semi-custom series presents a line of 37 metre motor yachts designed to be at the helm of eye-catching innovation and powerful performance. The range features interior design by Nuvolari & Lenard while each owner's personality and specific requirements can be incorporated into the design.

The PJ 120 series combines the attractive style of an open yacht while producing the space and usability of a flybridge yacht. Amongst the vessel’s clever design features are the main deck’s curved sliding doors which lead through to the salon, and a changeable staircase to the top deck which can be cleverly hidden to maximise views from the salon dining area by dividing in two and folding beneath the overhanging roofline and lower cabinet.

Below, stairs either side of the aft deck lead down to a generous built-in sun bed while a central set of stairs descend to the swim platform. Inside, a central entertainment system provides an independent audio/visual library to all guest areas. General accommodations sleep up to eight guests in three en suite bedrooms while an additional cabin can be created by pulling across a retractable partition.

The PJ 120 Sports Yacht is constructed with aluminium hull and composite superstructure to Lloyds and MCA classification. Powered by two MTU 12V 4000 M90 engines, the luxury vessel has a maximum speed around 27 knots and cruises at 22 knots.