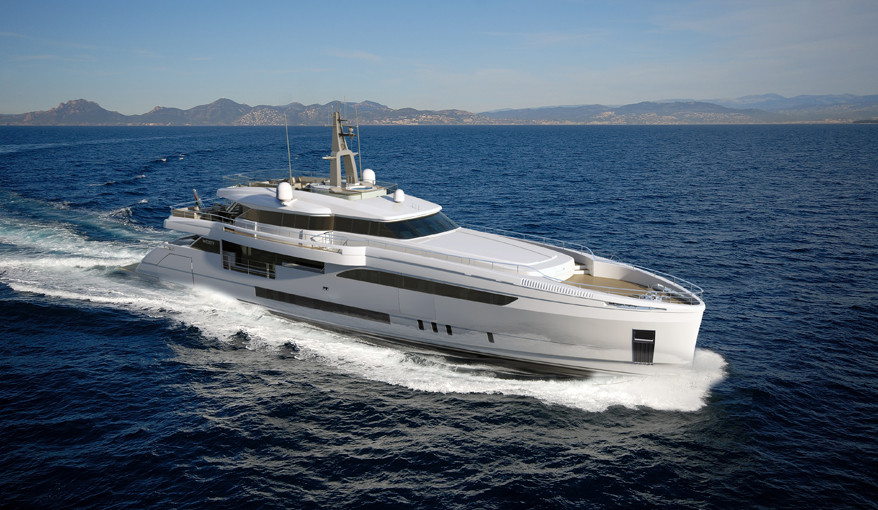 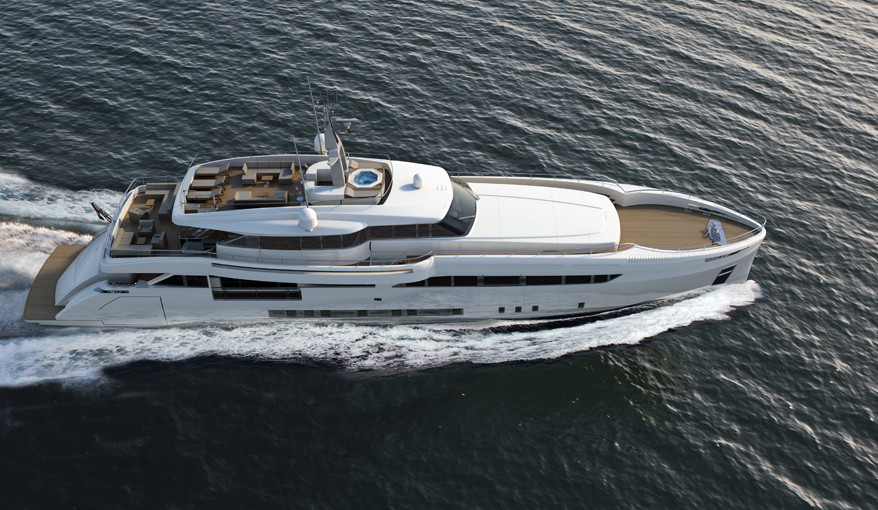 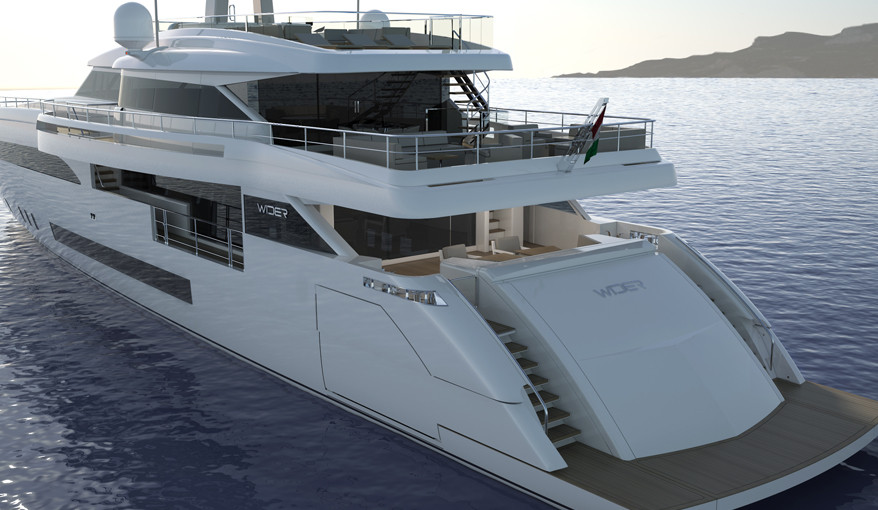 The WIDER 150’ project was first announced to the public by the Wider Team in September 2011. At a Press Conference in the spectacular setting of the Hermitage in Monaco a crowded room of journalists and industry professionals witnessed the unveiling of a project that was as noteworthy for it’s innovative technology as for its sleek and modern styling by Fulvio De Simoni.

The WIDER 150’ has a propulsion system that draws inspiration from thousands of military and commercial vessels that run using diesel electric power. This technology is actually over one hundred years old, and has been refined over the last century to provide the most reliable and economic solution to many applications in the marine industry today.

The WIDER Engineering team have sourced experienced and proven suppliers to adapt diesel electric technology to a super yacht setting, where not only reliability and economy are called for, but also supreme comfort and convenience.

The layout of the vessel is quite unlike any other super yacht. WIDER have placed four variable speed generators in the bow that produce energy and transmit it to the propulsion system and the “hotel”. By using AziPods, there is no need for mechanical components such as a propeller shaft. “This is an important feature” says Antonelli, “conventional yachts have two large engines right in the middle of the hull, connected to two propeller shafts. The best part of the yacht is given over to the engines, these can create noise and vibration that can disturb the owner and his guests.”

WIDER say that they have eliminated this problem. Energy from the generators is carried by cable, not shafts, so there is no need for a large engine room mid ships. The results are impressive; not only is there more room for the guest cabins in the best part of the hull, but the yacht can also hold a 32’ tender that launches from the transom to leave space for a spa and indoor pool.
Lithium Polymer batteries are at the heart of the system, these store the energy produced by the generators and release it according to the requirements of the owner. If the owner wishes to run at zero emission mode using just the batteries, or if he would like a night at anchor without running the generators, he can do so. If he needs higher performance then he can run the yacht from the variable speed generator engines, but any excess power is diverted to recharge the battery banks so there is no wastage whatsoever.

The benefits of this system are truly noteworthy. Conventional yachts run generators at a fixed speed, burning fuel at a fixed rate whether that be too little or too much for the load at the time. By connecting MAN engines to VISEDO alternators WIDER offer variable speed generators that will only be run at the speed that is necessary at the time. The result of this is greater time between overhaul of the engines, greater fuel economy, and greater comfort since noise and vibration are kept to an absolute minimum.

The entire system is simple to control by the Wider Management System, and touch screen pads are positioned strategically on board so that the owner and Captain can choose their preferred operational mode, whether that be zero emission mode, night mode, fast mode, or manoeuvring mode.

Emerson Industrial automation, which like Wider is an international leader in bringing technology and engineering together to create innovative solutions for its clients, supply the power management system for the Wider 150’.