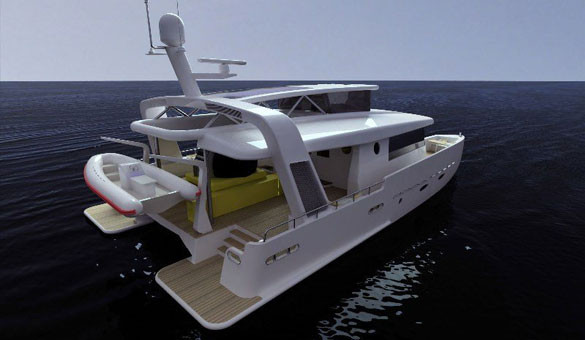 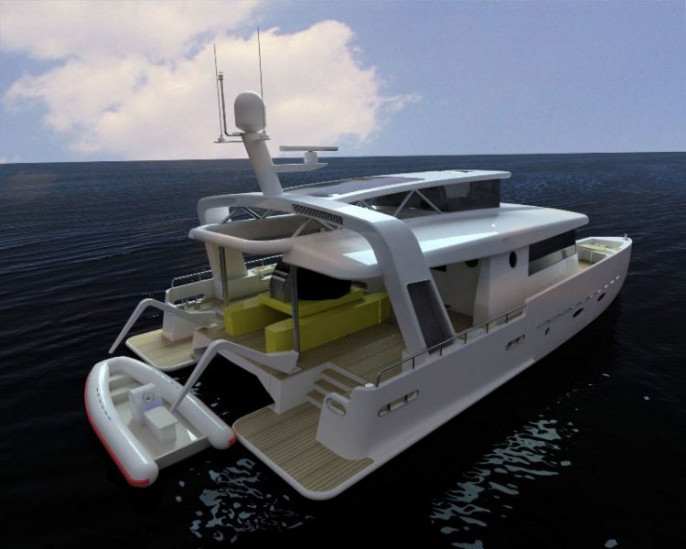 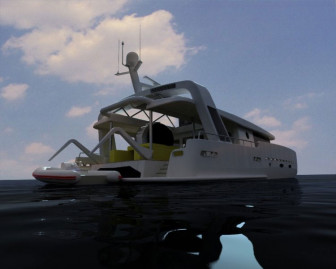 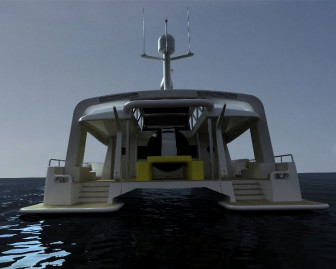 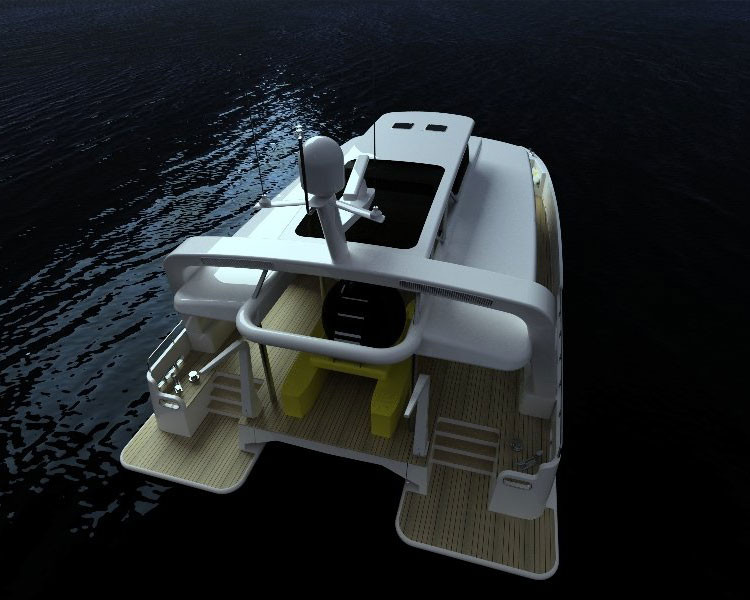 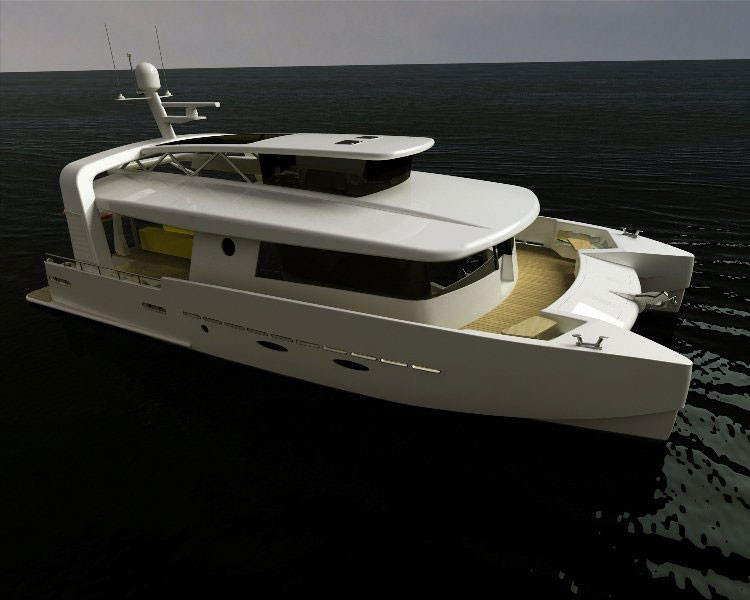 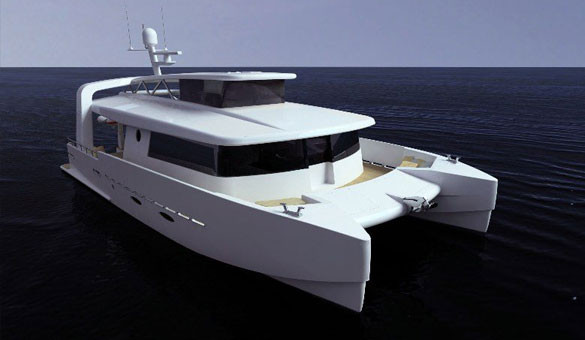 This vessel was designed specifically to carry a Triton 3pax 1000m submarine, acting as a fast response mothership.

She will be capable of carrying the 8ton submersible at speeds well over 20 knots, or closer to 30 with other (lighter) toys on the aft deck. There is a large salon with 180 degree views, two luxurious cabins with ensuite facilities, a fully equipped domestic style galley, Owner’s office and separate pilot house bridge area. Built entirely of lightweight aluminium alloy, the vessel has an economical cruising range of 2000 nm at 12 knots. The submarine is launched and recovered using a hydraulic platform occupying most of the aft deck.