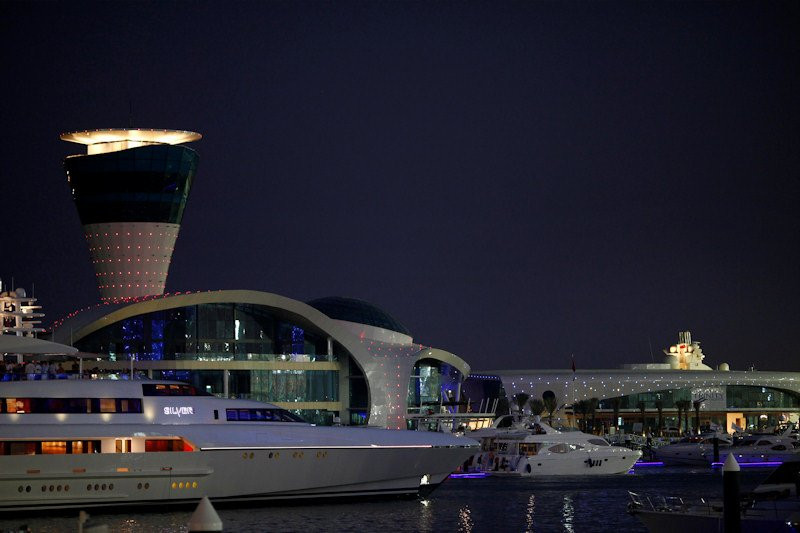 It was announced earlier today that the 2nd Abu Dhabi Yacht Show will take place at the Yas Marina, home to the famous Formula 1 circuit, in February 2010.

The show, which runs from February 25th - 27th, promises to be bigger and better than ever before. It has attracted an increased number of visitors this year, in part because of the publicity the Marina received during the Formula One extravaganza in November, but also because of its sheer capacity.

The Marina’s deep berthing facilities and slot availability, along with its breathtaking back drop make it a hugely desirable venue for superyachts around the world. According to the director of IYG, Franck Dailles, Yas Marina “boasts striking aesthetics, first rate support services and a luxurious cosmopolitan vibe”.

Yas Marina welcomed its first vessel in October of this year, the Royal Yacht “MY Rabdan” (ex Silver) and subsequently hosted an impressive flotilla of superyachts during November. Dailles adds “we have also revised the show’s layout to ensure all exhibitors have a waterfront presence, a format that will put the spotlight on the true stars of the show – the stunning super and megayachts that will be anchored at Yas Marina exclusively for the event.”

"The new location will showcase the truly world-class leisure marine infrastructure now being developed throughout our emirate."

"The new location will showcase the truly world-class leisure marine infrastructure now being developed throughout our emirate."