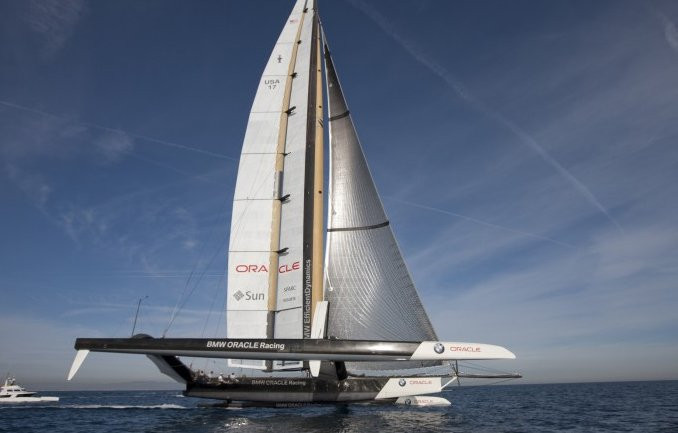 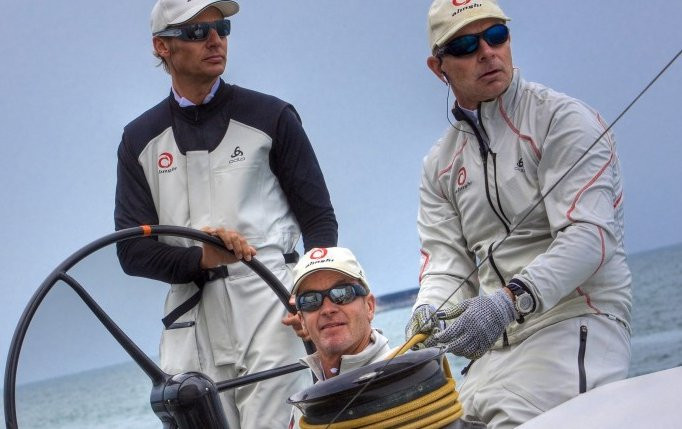 Despite their bad start Larry Ellison’s team USA trimaran won a convincing victory on Friday over Ernesto Bertarelli’s catamaran, Alinghi, in the first race of the 2010 America’s Cup off the Valencian coast in Spain.

Ellison's BMW Oracle Racing, made a crucial mistake and got off to a late start on the 40-mile course, crossing the starting line nearly two minutes behind Alinghi. However with its 223-foot fixed "tall wing sail", larger than an Airbus A380 jet, the 114-foot-long Oracle boat quickly closed the gap and made up the difference resulting in the two multihulls drag racing at speeds approaching 25 knots through the choppy seas toward the windward mark.

The design of fixed wing design of the BMW Oracle boat allowed it to point higher toward the wind as well as sail a deeper course downwind – resulting in a convincing victory by crossing the finish line 15 minutes, 28 seconds ahead of Swiss team Alinghi.

This came as a surprise to many sailing experts who predicted that the two-hulled Alinghi catamaran would have the advantage in the downwind leg to the finish, due to the light winds and that she is believed to weigh less.

After the race Larry Ellison (USA) team founder commented “ The piece of kit we are most proud is the wing.” He went on to say “Today I did say that sailing is a lot harder than running a software company!”

One more win in the best-of-three series would allow Mr Ellison’s team to take the trophy from Alinghi, the current defender, after an acrimonious three-year legal battle through the courts.

RACE 2 UPDATE: (AFP -13:00 GMT)
"Race two has been postponed. The start of the second race of the 33rd America's Cup on Sunday between US side Oracle and defending champions Alinghi has been pushed back again in the hope that sailing conditions will improve.

No new start time for the race -- a 39-mile triangle off the coast of the Spanish port of Valencia -- was given. It was originally scheduled for 10 am (0900 GMT) but was pushed back for two hours.

Winds were almost non-existent at the start line and were blowing along the racecourse at speeds of between 3-6 knots but were forecast to shift south and build".

"Today I did say that sailing is a lot harder than running a software company."

"Today I did say that sailing is a lot harder than running a software company."