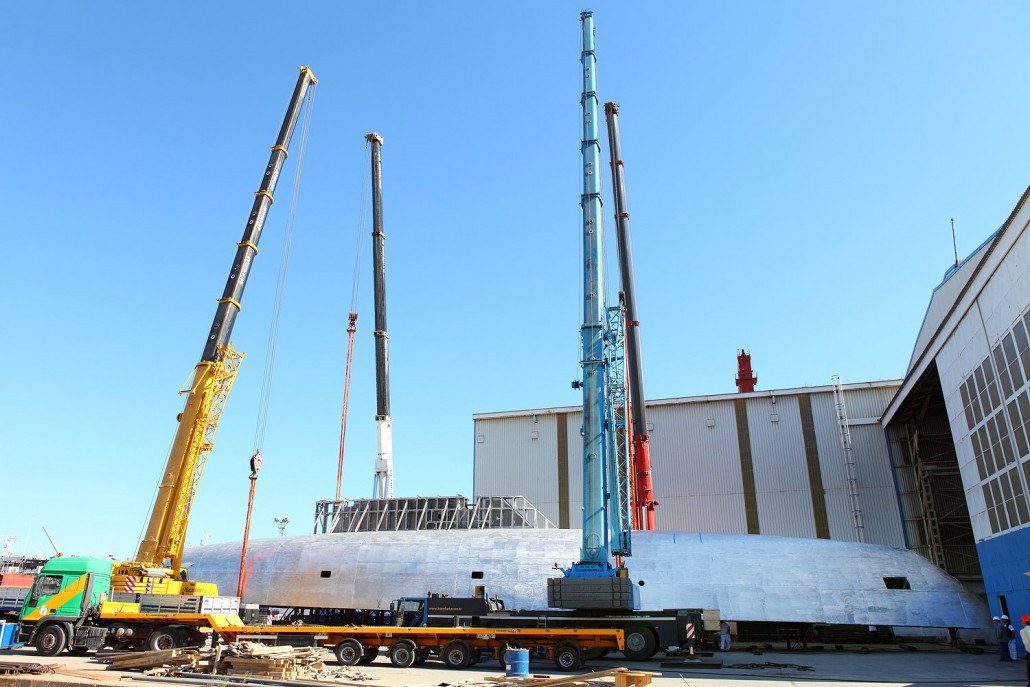 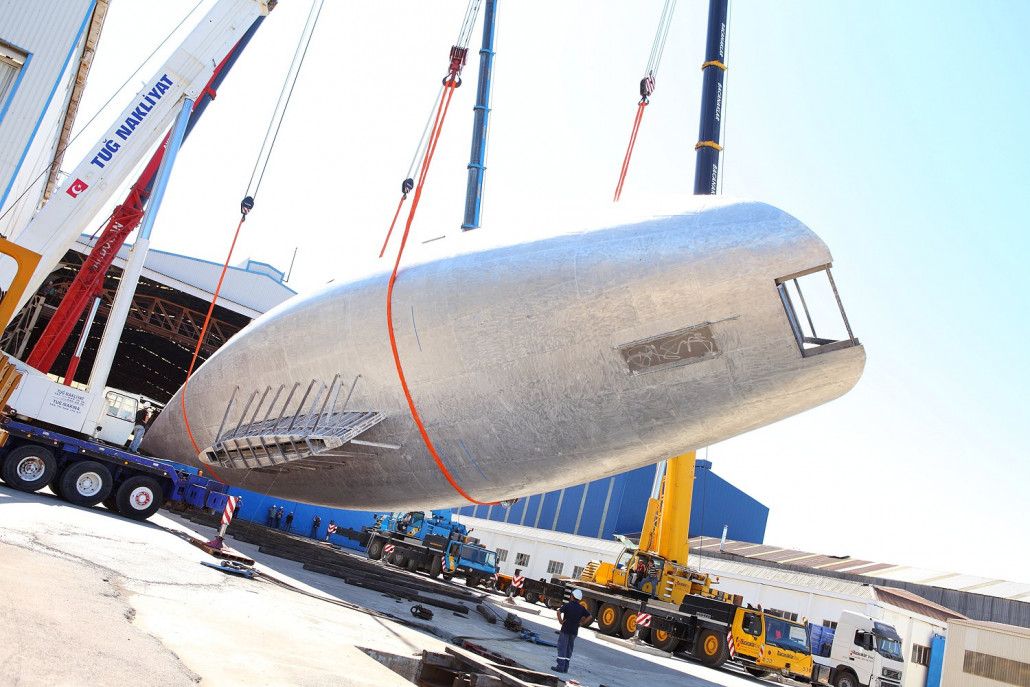 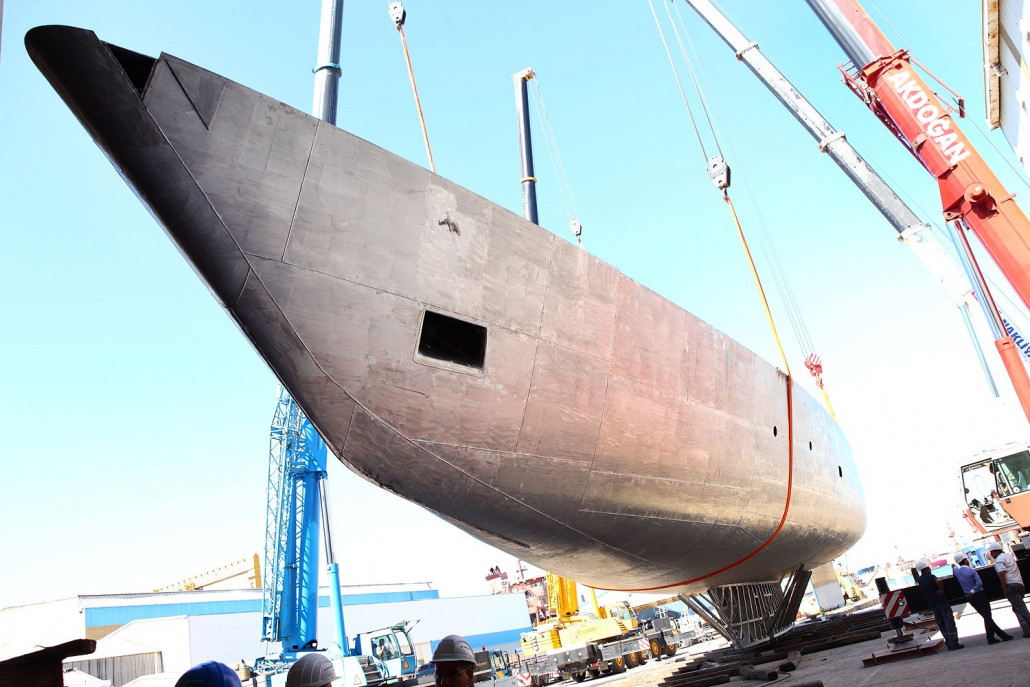 The aluminium hull of C.2193, the first of two yachts in the new generation of 60m sailing yachts sold by Perini Navi, was turned at Perini’s Istanbul-Yildiz shipyard, it has been announced.

At 92 tonnes, the hull is the heaviest turned to date at the group’s Turkish shipyard, and is billed as delivering speed, extreme comfort and ample living spaces both indoors and outdoors.

Designed by Perini Navi naval architects in collaboration with New Zealander Ron Holland, the C.2193 will also be the first vessel equipped with new generation Perini Navi sail handling equipment and a centreboard varying the draught from 9.79m to 4.00m.

In an exclusive interview at the Monaco Yacht Show, Burak Akgul, Chairman of the Yildiz Shipyard, spoke to Superyachts.com about the new line of sailing yachts, the recent Perini Navi Cup, and much more.

“They [the 60m line] are the evolution of our very, very successful 56m series, Mr Akgul told Superyachts.com

Basically we’ve taken the 56m series one step further in trying to maximise the sailing performance on a platform of that nature, just under the 500 gross ton mark, and provide the space and the luxury that one was accustomed to on the 56-metre and that led to ten of those boats actually being sold.”

The hull of the C.2193 will soon be transferred to the Perini Navi Viareggio shipyard for outfitting scheduled to be completed for delivery in early summer 2013.

Meanwhile, as work continues in earnest on the C.2193, construction of the second 60m yacht sold by Perini Navi – a sloop numbered C.2218 – has already begun, with delivery scheduled for some time in 2014.

“The single most important factor that appears to delineate the lifestyle of our boats is that they are family boats, it’s where the family retires or comes together and gels in a manner in what they say they don’t manage to do quite as comfortably elsewhere.”

Prior to the Monaco Yacht Show this month, Perini Navi’s attentions were turned to this year’s Perini Navi Cup, one of the world’s most prestigious superyacht regattas. Mr Akgul described this years edition as “possibly the best of the four to date.

“Although the fleet was the smallest to date, we had certainly the most excited atmosphere amongst everyone involved: the owners, their crews, the guests, our team who were there in force – over 50 people on site in Porto Cervo – made it something very special for everyone involved.”