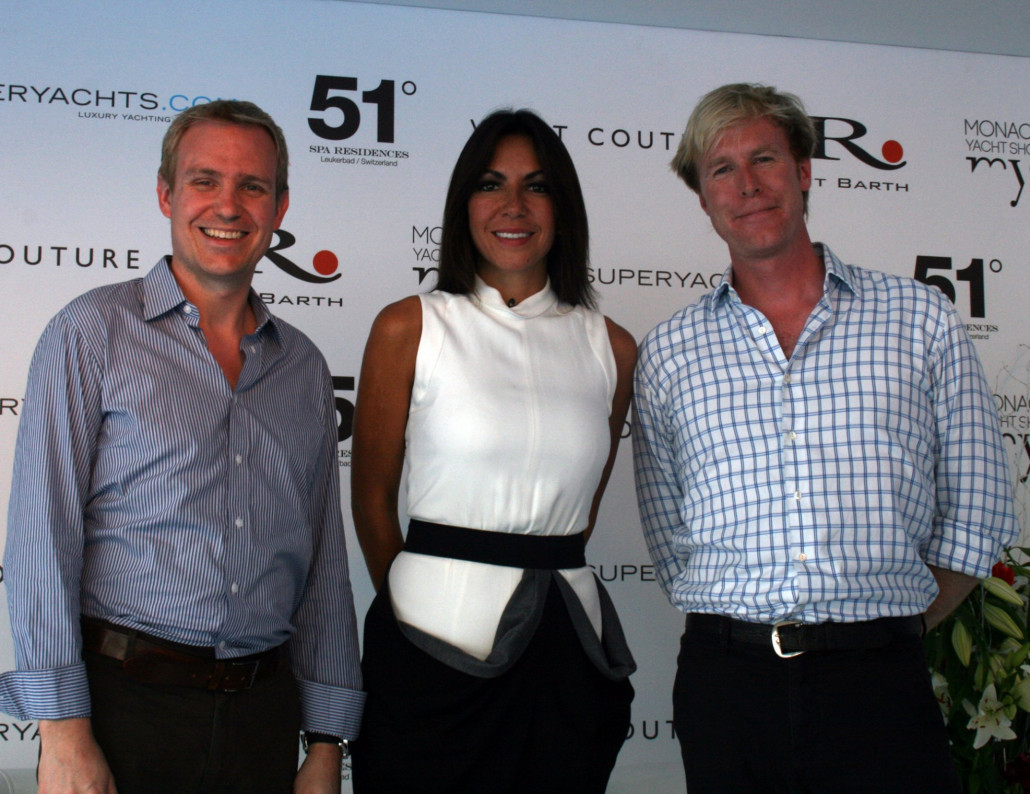 Last year two of the most promising new designers entered the superyacht industry with a highly acclaimed concept named Remora. Mike Reeves and James Claydon joined Superyachts.com at the 2011 Monaco Yacht Show to discuss their impressive plans to make a lasting impression with their new designs; Radiance, Caspian and Cosmos.

Working on a previous hydroform sketch, Claydon Reeves announced their new 70m Caspian concept at the 2011 Monaco Yacht Show; a sturdy oceangoing vessel with style in abundance. This new design is part of the team’s dedicated initiative to introduce a brand-new superyacht design every year, and if each concept stands up to the quality of the studio’s previous introductory project Remora, the Superyacht Industry will have a lot to work with in the future.

Not only satisfied with one project announcement, Mike Reeves and James Claydon informed Superyachts.com of a new client-focused concept named Radiance; working in collaboration with Edmiston & Company.

“We worked closely with them [Edmiston & Company] on the whole project and they have somebody in mind for it, so we were given a brief and it was really a lot to do with the outside spaces on that particular yacht,” adds Mike Reeves. “The pool is massive; it’s a 13 metre pool which is glassed walled at the rear end, and we tried to bring through the purity of line we like to bring in our boats. We often talk about how many lines we can draw our boat in, and this is a single line boat ... it emphasises the dynamism of what we’re trying to do.”

Besides working on their own projects and a design for a particular client, Claydon Reeves are also working with Camper & Nicholsons on a completely different ideation. Using the growing attraction clients are feeling toward conversion projects, Claydon Reeves have worked to present a unique new design based on a 70m anchor handling vessel; capable of dragging, supplying and servicing oil rigs whilst staying completely safe in the worst possible conditions.

“It’s almost in complete contrast to some of the other designs we’ve talked about as it’s a conversion project based on an anchor handling vessel, which is basically the work boat of the sea,” concludes Mike Reeves. “So it provides a great platform to make a very high-volume yacht. So the idea with this particular boat is that it has a fully enclosed heli-garage so you can land a very large helicopter on it, fully compliant with all regulations, store it and take it with you as a result of this incredible beam on the boat. You can also get outside VIP cabins , double height spaces, a colossal swimming pool right on the sun deck, which again, you just can’t do for stability reasons on some yachts.”

After launching their company at the Monaco Yacht Show last year, Claydon Reeves are the superyacht designers to watch over the coming years as we’re expecting very big things for the two new designers.