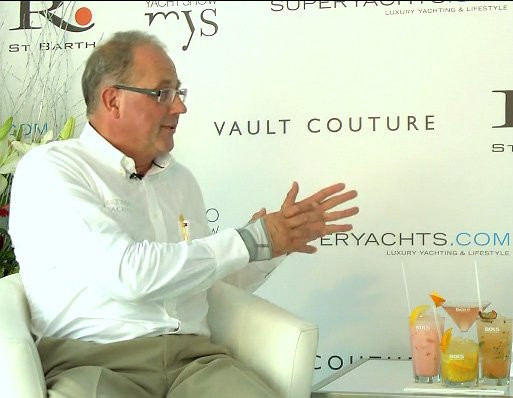 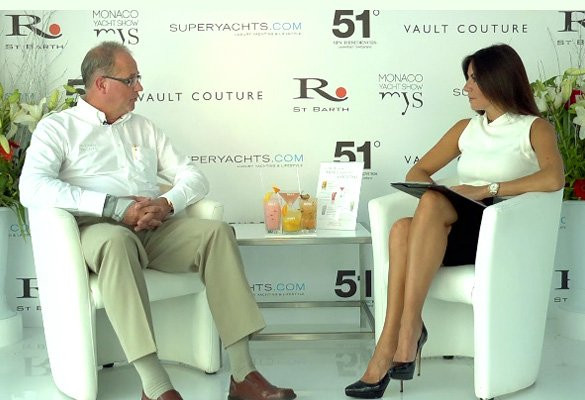 Managing Director and Co-owner of Moonen Yachts Emile Bilterijst entered the Superyachts.com Breaking News Centre with a number of new announcements and an interesting way of explaining each new project.

Mr Bilterijst opened announcements by talking about the custom 42m yacht currently under construction which is also the largest yacht to be built by the Dutch shipyard for a three-time return client, stating, “For us this is the biggest boat ever … it’s the third boat we’re building for this owner. He started with an 84, and then had a 97, which was Sophia II, and this one is Sophia III … and as usual it’s growing all the time. A special feature of this boat is that it has a submarine on the stern … and that is a pretty big challenge to put a big submarine on what is still a relatively small vessel.”

Moving on to discuss the number of other new custom projects currently being released at the Monaco Yacht Show, Emile moved on to a never before seen, and somewhat apt, method of introducing these new lines; four unique cocktails to correspond with each new custom project.

“It was an idea of our advertising agent and we were talking about what we should do this year, as every year we would like to do something different," adds Emile. "This year we had the idea of doing something with diversity, because if you look at what we have under construction at the moment, it’s very diverse. Moonen Shipyards is building between 20 and 45 metre, but we’re building fully custom built yachts, we’re building high speed boats, aluminium, up to 30 knots, we’re building displacement yachts with a steel hull and we’re building explorer yachts. At this moment we have under construction each one of them.”

Emile is of course referring to the 42m pure-custom yacht, the 97 displacement yacht, a 100 foot explorer vessel and a 25m aluminium high-speed yacht all currently in construction at the yard.

Working with Bols, Moonen formulated a cocktail for each new project. Watch the above interview to get the run-down on which is which and how Moonen Yachts made an impression at the 2011 Monaco Yacht Show.