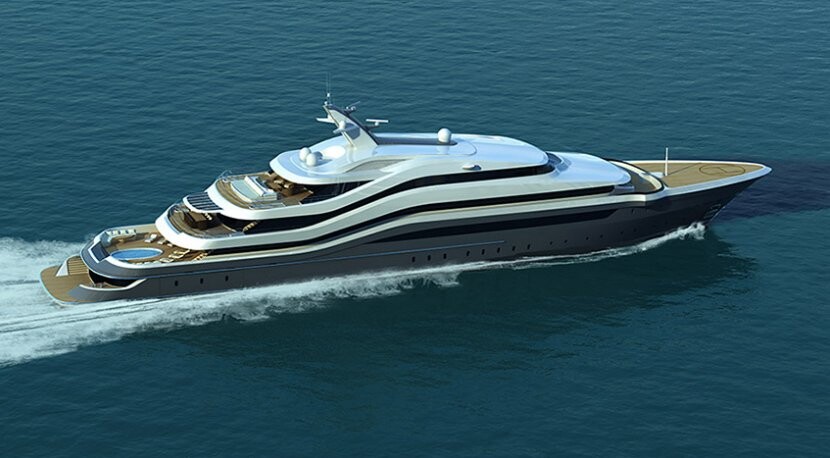 The most remarkable of the line, which reaches across 51, 66 and 77 metres, is the Quasar 88m concept – a yacht which features such distinctive and elegantly drawn lines that it promises to create an interesting final product.

Luiz de Basto stated, “Quasar is the centre of a galaxy and is the most brilliant object in the universe, so we thought it was appropriate to name a line of boats after it.”

“This design deviates from the regular standards or cliché and breaks the classic concept of building by decks, creating a homogenous stern to bow passage without any interruption,” added Luiz. “The idea of an open walk around with an easy alternate of wide and long steps, moving from one deck to the other above while walking aft to bow, is really unique in modern yacht design.”

Luiz de Basto also recently launched the DP009 design project, engineered on an established Oceanco platform, offering Luiz the opportunity to develop it the way he wanted it and work with glass in a completely different way.

Breaking news was also unveiled in Luiz de Basto’s conversation with Shari Liu as the designer stated his new top secret project on the ‘Voyage’ yacht, commissioned by Aston Martin. We look forward to bringing the latest advancements on these projects as they are revealed.