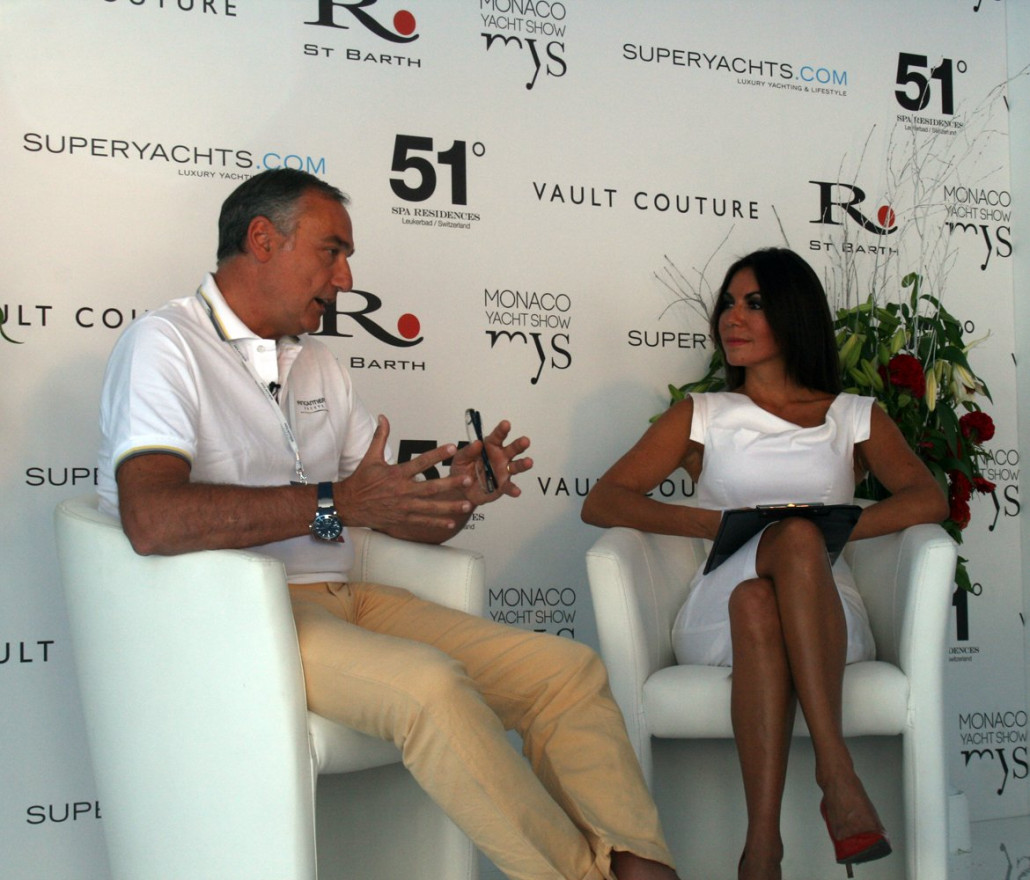 With a history spanning over 200 years, Fincantieri Yachts are one of the yachting world’s great institutions. The industrial yacht specialists have created over 7,000 vessels and boast a vast network of 14 shipyards and a staff of more than 10,000 people.

Amongst the long and illustrious line of vessels to have emerged from the Italian shipyard, the Serene motor yacht represented a landmark moment. Launched in 2010, the vessel marked the point at which Fincantieri officially entered the Superyacht market. At 134 metres, it was a bold arrival.

At the helm of the venture was Mauro Parodi, Project Manager of Serene. We sat down with Mr Parodi at the Monaco Yacht Show to discuss how Fincantieri intend to follow up on Serene, his thoughts on how the economic downturn has impacted on the industry, and much more.

When we spoke to Mauro Parodi at the 2010 Monaco Yacht Show, Fincantieri had just started cutting steel on the 140m Victory project. Updating us on the state of construction, Mauro commented, “The state of construction is going quite well, we have already installed the automated machinery, blocks and sections are going up vey quickly … up to now, we’re on time and without any obstacles and I suppose if I were to guess, I am not personally following this project, but if all goes well it should be in the water by 2013.”

After launching their first superyacht, measuring 134m, and preparing their second at 140m, Fincantieri are building themselves up to be the leading large superyacht builders of the future.

However, to have a specialist superyacht builder with a focus on yachts of such grandeur, there must be a strong potential market in sight. When asked about the potential future demand for yachts over 100m and Fincantieri as a specialist builder for these particular projects, Mauro stated, “The important thing is to be there … such a kind of vessel can be built by a very few yards and industrial companies but anyway, to build such a kind of vessel already means to be a leader. So it is not important to be the first, each one of the companies will have its own style and its own space, I’m sure about that.”

Fincantieri will be unveiling two new concepts at the Monaco Yacht Show on Thursday and we look forward to bringing you the updates, as and when they happen.