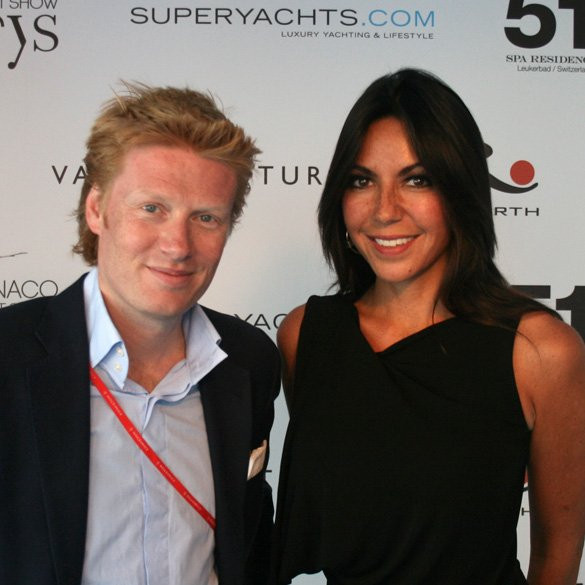 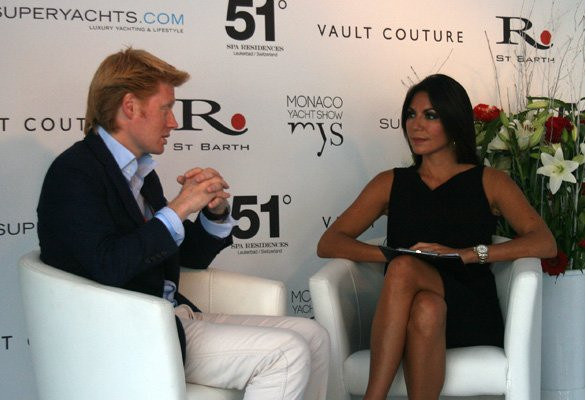 Talking at the press conference in Monaco’s Port Hercule, Mr Edmiston spoke of a “soft rebrand” that he believes will help modernise the bespoke furniture company, whilst retaining the design values that have served it so well since its foundation by David Linley in 1985.

For Mr Edmiston, Director of the renowned yacht brokerage Edmiston and Company, the synergy between luxury bespoke furniture and the superyacht industry made Linley the ideal candidate for his new venture. Boasting unusual and highly customised features, Linley furniture and accessories offer a level of craftsmanship and attention to detail that is inherent to superyacht design.

The day after the press conference, in an exclusive video interview with Superyachts.com, Mr Edmiston spoke in greater detail about the Linley acquisition, as well as developments in the superyacht world.

“Earlier this year I started discussions about perhaps investing in the company, he told Superyacht.com’s Shari Liu.

“People who know me will know my real enthusiasm and interest is in building brands. I wanted to look at something a little different that I could do outside yachting.”

Mr Edmiston said that his ultimate ambition is to turn Linley into the “British Hermes or British Luis Vuitton” – both of which began their life as creators of bespoke products.

“I hope to build on the bespoke heritage of Linley and grow the business both internationally and locally in the UK,” he added.

In recent months, whilst juggling his responsibilities with Edmiston and Company, Mr Edmiston has been busy creating Linley’s new brand identity, which will be officially unveiled on 18th October. A major renovation of Linley’s flagship store in Belgravia, London, is also underway, and a review of all the company’s product ranges also planned.

As Mr Edmiston concluded, “There’s some exciting times to come, so watch this space."