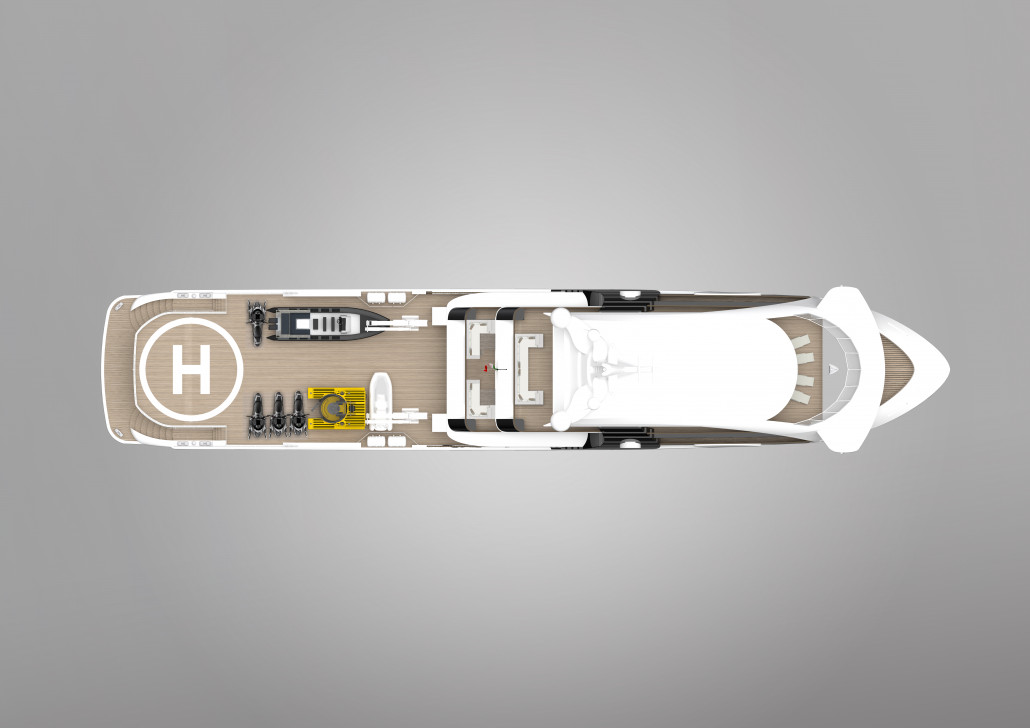 Italian shipyard Rosetti Superyachts has raised the bar for innovative Explorer yachts. The launch of 65m Project Orca connects a superyacht to its surroundings in a unique manner, drawing inspiration from nature while remaining a supreme luxury vessel.

Inspired by the Killer Whale, Project Orca mimics the powerful mammal not just in her design but also in her performance. “Instantly recognisable by their distinctive black-and-white colouring,” Rosetti CEO Fulvio Dodich explains, “these sea mammals roam the world’s oceans from the Arctic and Antarctic to the Tropics, which is exactly what our Explorer Yacht is designed to do.”

Every feature of Orca’s exterior profile resembles the killer whale, with the radar mast designed in the mould of a tall dorsal fin, while a white side patch on the owner’s deck lights up at night. The wealth of expertise within Rosetti Marino SpA, of which Rosetti Superyachts is a part, has been enlisted to build an innovative engineering platform to power this gallivanting Explorer. The superyacht would have an estimated gross tonnage of up to 1300GT and cruise a range of 5,000 miles at 11 knots. Incorporated into Project Orca are an exciting array of high-tech features, including a touch & go raised helipad that hides a pool and spa inside.

The interior layout, which can be customised to fit the owner’s preferences, has adventure at its core. A large garage situated on the lower deck aft provides plenty of storage space for two large tenders or several jet skis and water toys, while Orca’s social spaces mean there is no need to get stray far from base. The main deck is fitted with a large salon and dining room, while the sun deck can be accessed by elevator and boasts full dining facilities, bar and sunbathing areas.

The guest abodes naturally offer the highest level of luxury with two VIP suites and two cabins served by the main staircase. The owner’s private apartment on the bridge deck features a His and Her bathroom, walk-in wardrobes along with a private study, gym and terrace.

At the Monaco Yacht Show earlier this year, Fulvio Dodich outlined the importance of Explorer yachts to the Italian brand, stating that “Explorers especially is an area where we are investing time, money and passion and very soon we will have something else to reveal.” The unveiling of Project Orca is evidence that this investment has already paid off for Rosetti, entering the Explorer market with a truly unique creation that offers an unparalleled marine experience.

"These sea mammals roam the world’s oceans from the Arctic and Antarctic to the Tropics, which is exactly what our Explorer Yacht is designed to do. "

"These sea mammals roam the world’s oceans from the Arctic and Antarctic to the Tropics, which is exactly what our Explorer Yacht is designed to do. "