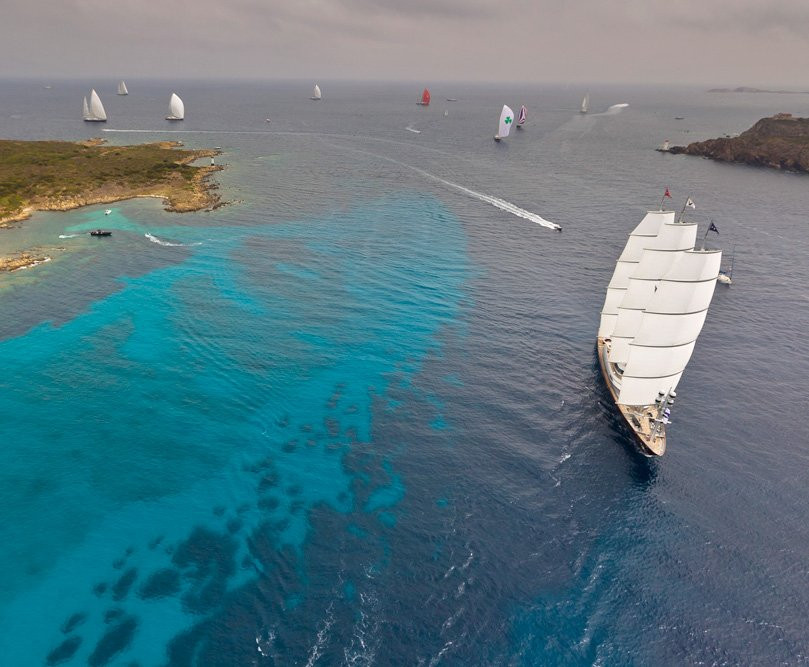 A Brief History Of The Perini Navi Cup

In 1983 the Perini Navi Group was established, and after 21 years of building some of the world's greatest sailing yachts, the revered Italian shipyard created the first edition of the Perini Navi Cup in 2004; bringing together the family of over 60 yacht owners they had created for the first time.

The 14 boats on hand at the starting line set out to challenge each other as the canon shot rang out across the water at 11:30am. With a spectacular show of criss crossing through the waters from Porto Rotondo to Cala di Volpe, a new tradition was born and the Perini Navi Cup was created.

Two years later, the Perini Navi Cup was back with a stoic victory from the iconic Maltese Falcon directly after her launch in 2006 - only to be crowned victor again in 2009 and 2011. Her victory at each Cup proves that Perini's construction techniques reached a plateux when they launched the perfect regatta vessel and a luxury icon across the superyacht community.

Now, the wait is over to find out who will take the crown at the 2013 Perini Navi Cup and if the 88m giant will hold her championship title for a fourth edition in a row at the fifth Perini Navi Cup.

"A lot of our owners come to the Perini Navi Cup for the competition as well as for the friendly atmosphere amongst participants, owners, friends, sponsors and media," explains Giancarlo Ragnetti. "Created in 2004 with the idea of gathering some of our owners together so that they could get to know each other, over the years it has grown into a highly competitive regatta. The boats come with top-level teams ready to do battle and to get the best out of the yachts. This is an important event for the Perini Navi team, we have to demonstrate our ability not only to build wonderful sailing yachts, but also to organize an event with over 600 participants from across the globe, with the aim of making each of them feel part of a big, unique family."

Riccardo Bonadeo, YCCS Commodore, commented: "It is always a pleasure and an honour to organize prestigious events such as the Perini Navi Cup. We have been lucky enough to host some of these spectacular yachts during our regattas in Virgin Gorda and we are now eager to see them on our regatta course in Sardinia. The next few days are sure to be intense and entertaining both on and off the regatta course."

The event, organized in collaboration with the Yacht Club Costa Smeralda, will see three days of intense racing around the spectacular coastal courses of the La Maddalena Archipelago accompanied by an exclusive social programme.

Superyachts are already in Sardinia's Porto Cervo and docked at the Yacht Club Costa Smeralda with Captain's and Crew preparing for tomorrow's briefing and the first race on Thursday.