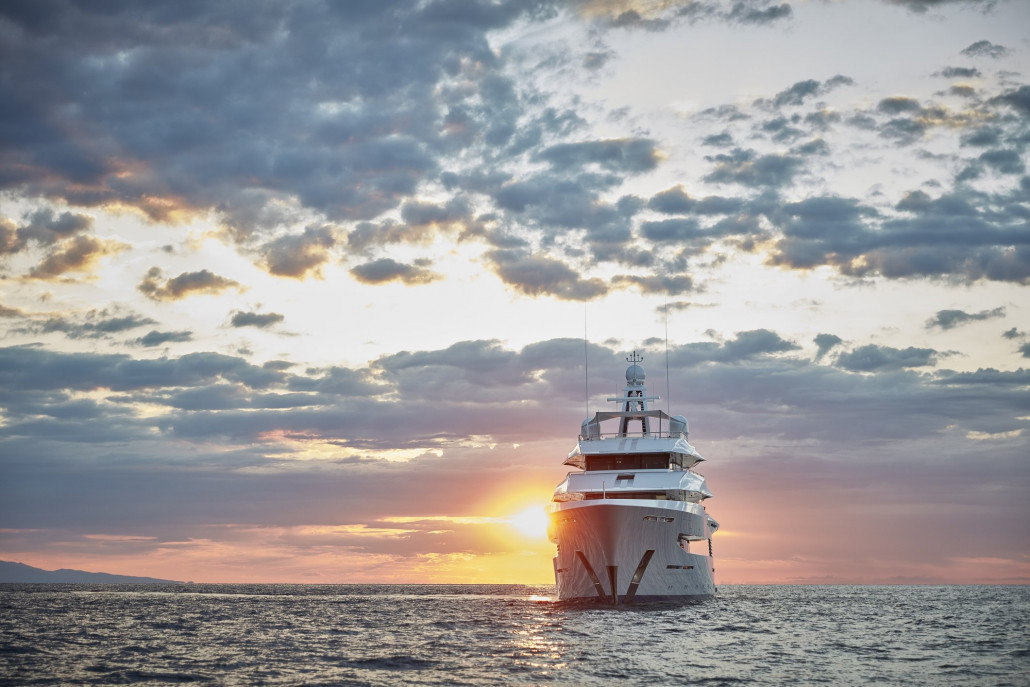 A Focus on Design: The Creation of Superyacht Joy

Superyacht Joy is the first exterior superyacht project by London-design studio Bannenberg & Rowell, with a distinctive style illustrating 70 metres of unbridled lifestyle and expert construction from Feadship. Building on a history of collaboration with the Dutch yard, Bannenberg & Rowell shine a light on the design process which led to the launch of this spectacular superyacht.

Styling the interiors of such Feadship superyachts as Paraiso, Azteca, The Highlander and Siran, the 70m Feadship motor yacht Joy now joins the collaborative fleet as the first exterior project.

From the Studio
“We started out with an architecture developed by Feadship”, explains James Carley, Director of Exterior Design, “which, to some extent, we were allowed to manipulate, initially by repositioning areas and introducing horizontal and vertical connectivity between adjacent spaces. This created an ease of flow and movement around the yacht.”

Overlaying this form is a distinctively surfaced architecture, applied to both hull and superstructure, giving Joy an unmistakeably “carved” identity, where concave surfaces blend with adjoining structure, including edges with a strong chamfer applied. Apart from the inherent sense of dynamism, the design maximises the sense of openness when on board.

“We wanted to connect with the surroundings, to garner the best views out and allow as much light in as possible,” Carley explains. “Chamfering the edges effectively raises the external deckheads, both around the side walkways and the overhanging aft decks. Lowering the bulwarks further increased the daylight openings.”

The Finer Details
The bulwarks are not just lowered, but dramatically cut away in places and in‐filled with structural glass – particularly noticeable port and starboard of the main deck Owner’s Suite. Joy’s tenders are located in a dedicated tender bay in the forward section of the hull, launching on boat sides via upward pantographing tender bay doors.

Having been lengthened during the early stages of construction, the foredeck is particularly expansive, allowing space for the Owner and his family to congregate, play basketball and sit in a variety of seating designed to integrate with the unique superstructure geometry of the yacht.

At the aft end of the yacht, Bannenberg & Rowell designed a pair of deck‐mounted, upward hinging doors which open like the bomb doors on a B‐52, allowing access to the beach club and media space below.

Moving aft, the transom door opens upwards, transforming itself into a canopy over the swim platform and giving Joy another highly distinctive characteristic. There is a fully‐glazed winter garden, a large and comprehensively‐equipped open air gym with skylights up to the glass‐fronted pool embedded into the sundeck superstructure.

A Captain of another vessel in the Feadship fleet wrote, in seeing Joy at anchor for the first time: “Bannenberg & Rowell – making us think they had drawn a conventional yacht until you get close up...wow!”