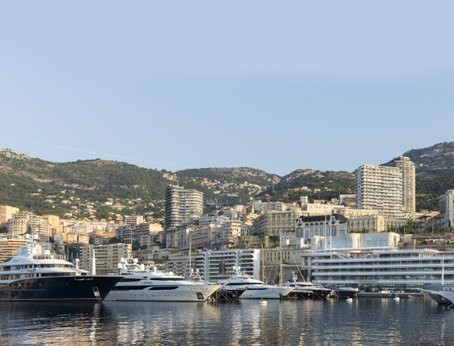 A New Era Of Yachting Dawns On Monaco

HSH the Sovereign Prince Albert II, accompanied by the royal family and the building’s architect Lord Foster, officially opened the new premises of the Yacht Club de Monaco (YCM) on June 20th, a community of which he has been president for over 30 years. Shortly after the grand opening, Superyachts.com travelled to the new pillar of the yachting community to find out more.

It was a historic occasion for the 4,000 guests, which included all government ministers, the Minister of State Michel Roger, President of the National Council Laurent Nouvion, YCM members (1,300 society members, 66 nationalities), friends of the Club from around the world, and all those taking part in the Giraglia Rolex Cup, the first time in its history that this prestigious offshore race has finished in Monaco.

On Friday 20th June starting at 4.00pm, the official part of the proceedings started with the cutting of the ribbon and a blessing bestowed on the building by Monaco’s Archbishop Bernard Barsi, before the Prince toured the building. Shortly after 7.00pm, to symbolise the continuity between the two buildings, HSH Prince Albert II closed the old premises on Quai Antoine 1er by lowering the YCM flag.

Then accompanied by the Club’s General Secretary Bernard d’Alessandri they brought the flag across the harbour in a “pointu” (traditional Mediterranean fishing boat) to Quai Louis II where the new building is moored. The Sovereign was welcomed on the quay by HSH Princess Charlene and nearly all members of his family, to the cheers of YCM members dressed in formal yachtsmen attire in a prolonged spontaneous ovation for their President.

“The flag I have just raised today flies proudly on the mast at the top of our new premises. It marks an important phase in the life of our Club, for Port Hercule and for the Principality,” said the Sovereign Prince of Monaco as he officially opened the doors to the harbour’s new flagship. “With this architectural masterpiece we wished to affirm Monaco’s yachting identity, our ambition being to continue to orient our country’s future prosperity towards the sea.”

The Monaco Government chose Lord Foster to design the YCM’s new flagship, as the renowned British architect is famous for his hi-tech approach to the environment. “When designing this building which is open to the sea, at the centre of the harbour and embracing the city, we wanted to preserve the traditional spirit so dear to the Principality,” said Lord Foster, adding that if this building was a real liner he would call her Free Spirit.

Sleek and elegant with an LOA (length overall) of 200m, the building blends harmoniously into the site, and was built in partnership with the Monaco architect Alexandre Giraldi, supervised by the Public Works Department. Designed to be both aesthetically pleasing and state of the art, it has been constructed to HQE (Haute Qualité Environnementale) standards. A stunning showcase, the building symbolises Monaco in the third millennium, looking ahead to the future and the sea.

The Principality of Monaco now has a tool to develop and promote Monaco’s position as the World Capital of Yachting, with a series of initiatives that include establishing a Yachting Cluster (a focus for improving competitiveness), setting up a training centre issuing internationally recognised professional certificates, and increasing the number of regattas and nautical events.

The festivities continued throughout the weekend with the Giraglia Rolex Cup prize-giving, with Pierre Casiraghi in the team that took line honours on Esimit Europa 2 and an exclusive presentation of the 122’ Mythos, the largest Riva ever built (37m). Symbolising the YCM’s attachment to its maritime heritage, the four surviving International 15M class yachts (Tuiga, Hispania, The Lady Anne and Mariska) were racing over the weekend, with victory going to Mariska (1908)