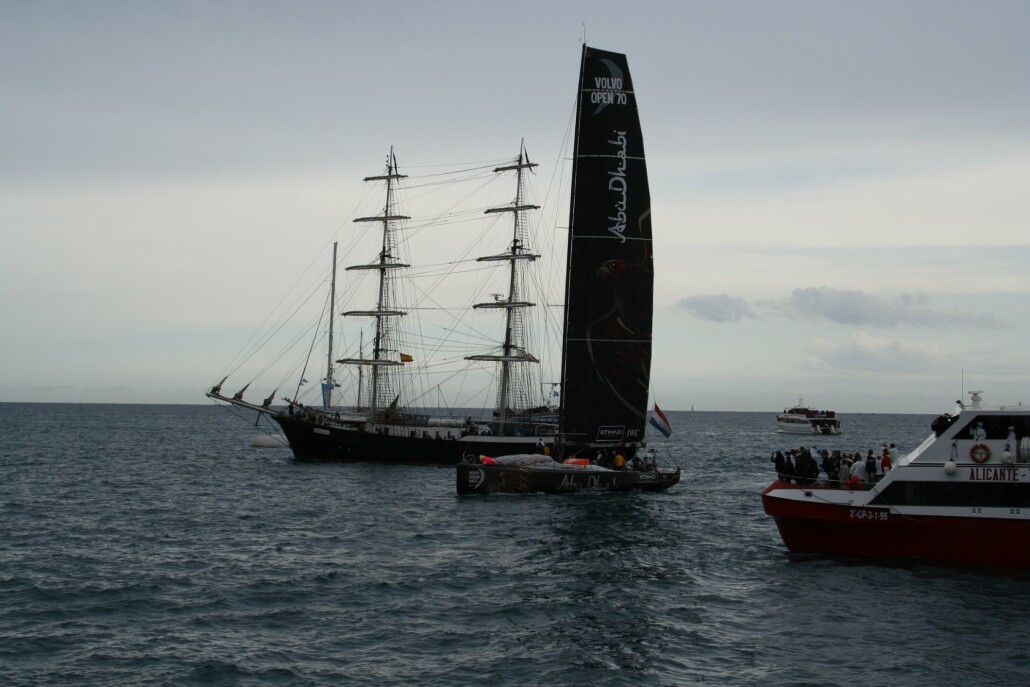 Superyachts.com were present in Alicante, Spain today to witness a near-perfect start to the 2011 Volvo Ocean Race from Abu Dhabi Ocean Racing, the first ever Middle Eastern entrants in the competition’s 38-year history.

Watching from an official Media Boat with live commentary, we witnessed British skipper Ian Walker lead the 11-man crew to victory in the in-port race, the first in a nine-month slog that will see six competing teams traversing the world in pursuit of glory.

Racing in the newly-designed, state-of-the-art vessel Azzam, the Abu Dhabi team timed its start to perfection and kept ahead of closest rivals CAMPER, as well as Emirates Team New Zealand and PUMA Ocean Racing, all the way to the first mark, rounding with an advantage of just 15 seconds.

As the wind died, a slick sail change from the Abu Dhabi crew saw them round the second mark 26 seconds ahead of CAMPER, who then lost territory dramatically, losing second place to PUMA’s Mar Mostro and slipping down the fleet. Abu Dhabi held off PUMA to go through the gate ahead once again and seal their victory.

PUMA finished in second place ahead of CAMPER, followed by Team Sanya in fouth, Groupama in fifth, and Team Telefónica bringing up the rear.

Skipper Walker, a two-times Olympic medal-winner, said after the race: “It’s hugely satisfying and a real boost to the team’s confidence.

“We worked hard, and were really slick with our manoeuvres. Yet we still know we have a long way to go.”

The first offshore leg of the Volvo Ocean Race, from Alicante to Cape Town, starts on November 5.