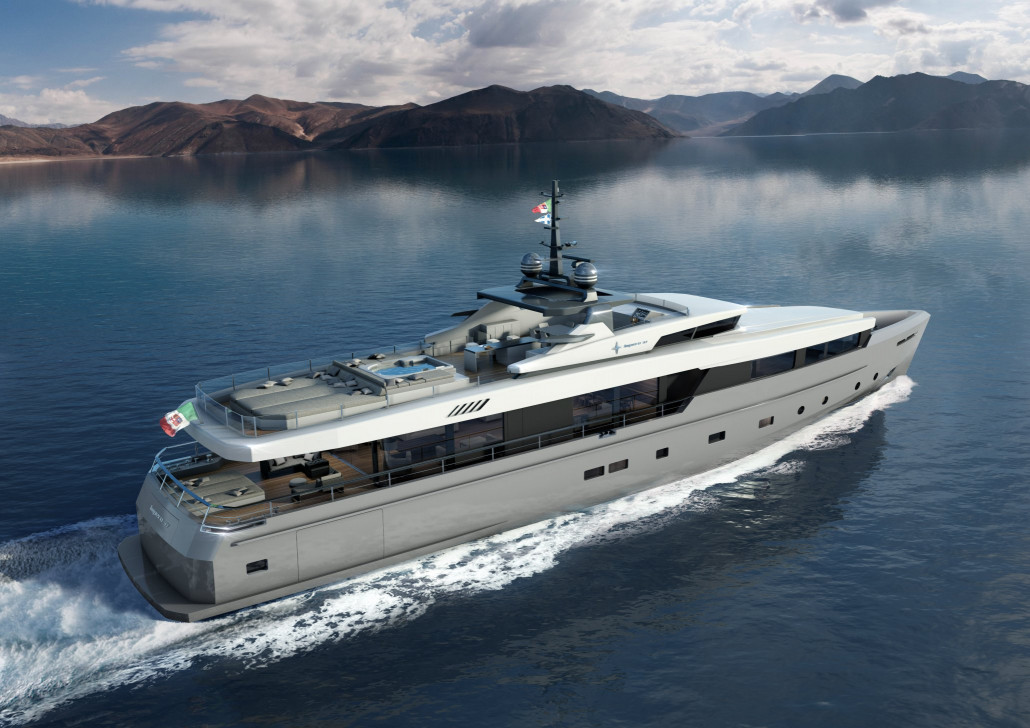 Admiral, a brand of The Italian Sea Group, has announced the sale a new 40 metre Raised Pilot House superyacht of the “Impero” series.

Designed by Luca Dini, the semi-displacement Impero 40 RPH is the latest addition to Admiral’s “Impero” series. Constructed entirely in aluminium, it is slated for delivery in 2016.

She will be equipped with 2 Caterpillar engines of 1,925 hp/each and will boast a maximum speed of 20 knots and a cruising speed of 18 knots.

Francesco Carbone, Group Vice Chairman & Sales Director, says: "This is the third Impero RPH sold in less than 3 years after M/Y Nono delivered to her Owners in 2014 and winner of the World Superyachts Award as best 2-deck yacht below 38 meter and hull 572 currently in build.”

“We are delighted with the professional manner and dedication of the team at FYI Superyachts and look forward to a successful and fruitful cooperation with them.”

The yacht was introduced to its buyer by FYI Superyachts, Admiral’s official dealer in Latin America.