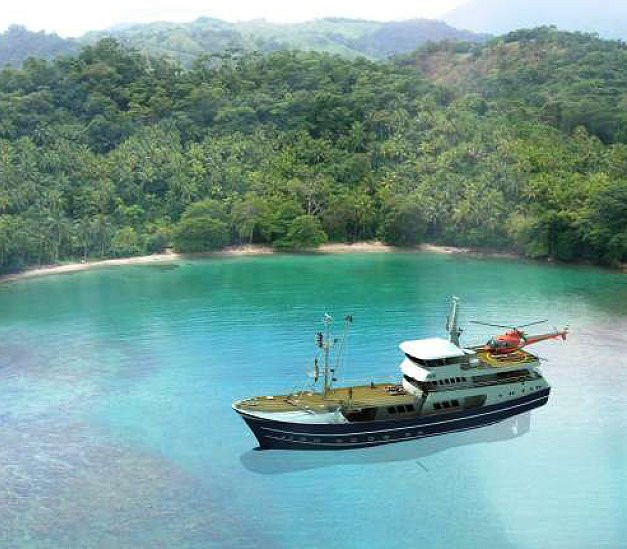 After undergoing a major conversion project at the Maaskant Shipyards in Panama, this 40m Explorer Yacht has been signed for sale with All Ocean Yachts for an outstanding price.

Originally built in 1989, Balboa began her sea-faring career as a North Sea Trawler and underwent a conversion project to turn her into a luxurious expedition yacht. Balboa is able to achieve a top speed of 13 knots whilst taking her owners on an expedition with a 5000nm range and enhanced levels of comfort onboard.

Her current owners decided to put her on to the market and halt the current conversion plans, shortly after removing all insulation in the fish hold, removing fishing gear, winches and masts, and removing two generators to make room for smaller units.

Explorer Yacht Balboa has now been signed for sale with All Ocean Yachts for a very competitive price of $625,000.