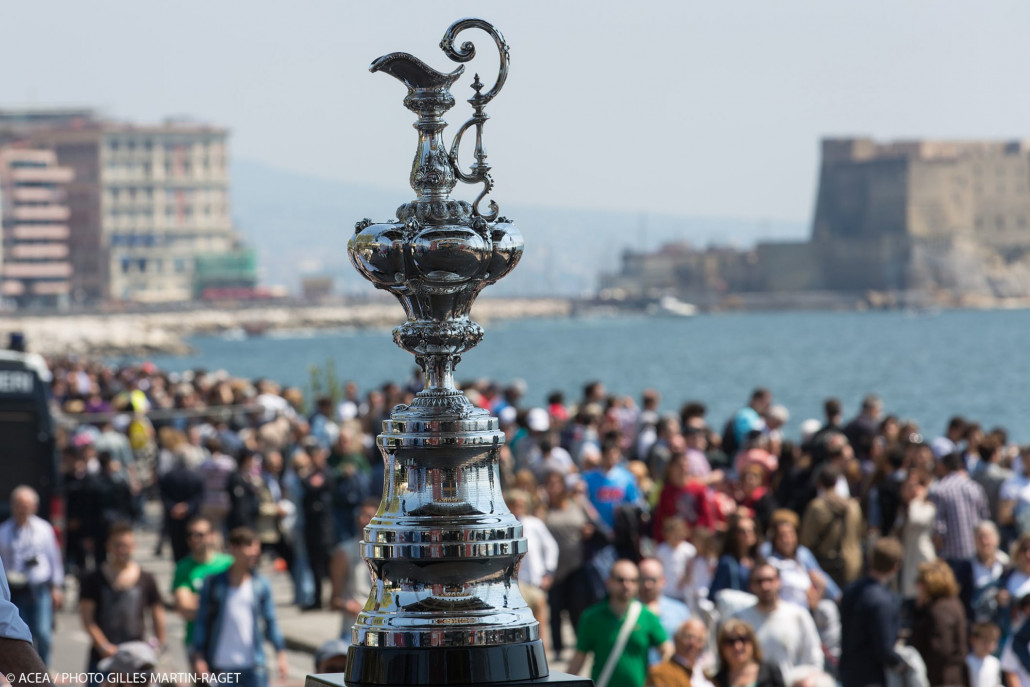 America’s Cup 2017: The Journey to Bermuda Begins in Portsmouth

A vast ocean and 3,500 miles separates the English coastal city of Portsmouth and the tropical island of Bermuda, but both venues were on everyone’s lips yesterday at an official media briefing for the next America’s Cup.

In the plush surroundings of Land Rover BAR’s brand new headquarters in Portsmouth harbour, skipper and principal Ben Ainslie introduced a room of global media to the elite troupe of power players backing his bid to become the first British team to win the America’s Cup in the competition’s 163-year history.

It is now just four weeks until the America’s Cup World Series kicks off on the waters off of Portsmouth – the first in a succession of races that lead all the way to the finals in Bermuda in 2017.

For the World Series, each of the six competing teams will race in 45ft one-design wing-sailed foiling catamarans, before the Louis Vuitton Cup – the qualifying stage that immediately precedes the finals – sees teams race in their own 48ft catamarans. In such a competitive environment, gaining an edge will be essential to each team’s hopes of success and the decision to recruit Martin Whitmarsh, a renowned name in Formula One, demonstrates the British entry’s ambition to stay ahead of the pack.

Speaking about the appointment, Chairman Sir Charles Dunstone said: “He brings to the team a sense of competitiveness and the rigour of Formula One, which I think is something that will offer a breath of fresh air. The combination of Ben Ainslie’s amazing sailing experience combined with our fantastic designers and the expertise of Formula One means we’re putting together a highly formidable group of people for this challenge.”

As far as Ainslie is concerned, the need for sailing to look beyond its own technologies was essential in what he calls a “new era of sailing”, with motorsport being the obvious choice for inspiration.

“It was clear from the last America’s Cup [in 2013], where you saw boats foiling out of the water, that we are in a new era of sailing. Now it’s much more about aerodynamics and control systems and that’s why we’ve increasingly looked towards motorsport and the automotive industry, which are so strong in this country. It’s really been about trying to tap into the best of British,” Ainslie said.

In less than a month’s time, Ainslie and his team will begin their quest to make British sailing history through the fusion of dedication, technological innovation and unbridled talent. Whatever the outcome, it is certain to be an exciting ride.

Superyachts.com will be covering the America’s Cup every step of the way, from Portsmouth 2015 to Bermuda 2017.