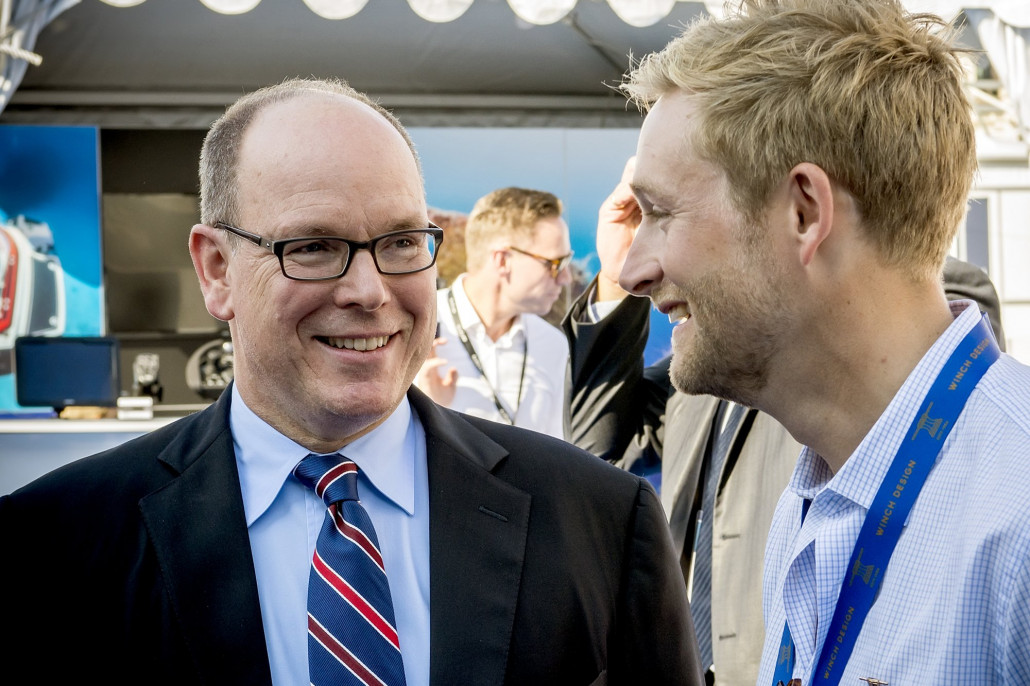 An Exclusive with H.S.H. Prince Albert II of Monaco

His Serene Highness Prince Albert II of Monaco walked the 2016 Monaco Yacht Show today to witness the latest phase in an ongoing evolution of heritage and luxury yachting prestige. Superyachts.com were honoured to welcome His Serene Highness to the Breaking News Centre to discuss the very elements of Monaco that make this Principality truly unique.

A champion of sustainability and conservation, the way in which H.R.H Prince Albert II runs the Principality is an outstanding example of progressive civil thinking. Speaking with us about the marine conservation and scientific advancements across the state.

“We have had different initiatives,” explains H.R.H Prince Albert II, “but mostly what we’ve concentrated on of course is meeting and trying to meet the targets I’ve set for the future in terms of greenhouse gas emissions, and we do want to cut our greenhouse gas emissions by 50% by the year 2030 and to reach carbon neutrality by the year 2050. These are pretty ambitious goals for a city state of our size.”

The Principality of Monaco is nothing short of progressive, and the initiatives and cutting edge research underway across the region, combined with the tradition of oceanography, matches perfectly with the superyacht community, the advancements currently underway and its push to better the underwater world such as the London to Monaco cycle event.

An important point of the year for the Principality is the Monaco Yacht Show, now in its 26th year. “The Monaco Yacht Show has evolved into an outstanding event, it’s considered by most as the second biggest event in Monaco, not only in terms of attendance, last year some 35,000 people came to visit the show, and we have a lot of premiers this year.”

“But I think it’s the quality of people it attracts to Monaco that makes it outstanding, it’s not only the size of the yachts and the quality of the yachts and all the special features it has, I think it’s really the amazing people from all over the world that now come to Monaco specifically for this event. And so I’m really happy and I think everybody else in Monaco is as well that this event has blossomed into an outstanding, world class event.”

To summarise a region of beauty, tradition, heritage, style and gravity such as Monaco in a brief article would be a truly difficult task indeed. So, we implore you, watch the full video for more information on the incredible initiatives surrounding sustainability and the advancement of the Principality above for a full in-depth insight from His Serene Highness himself.