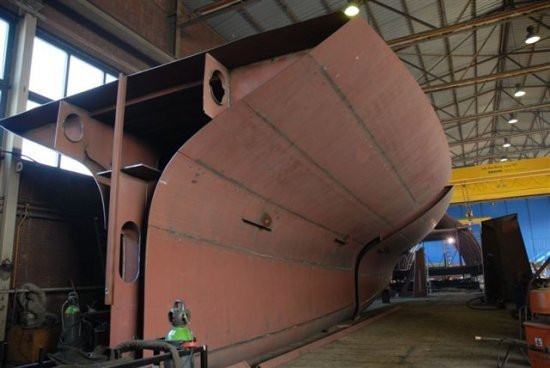 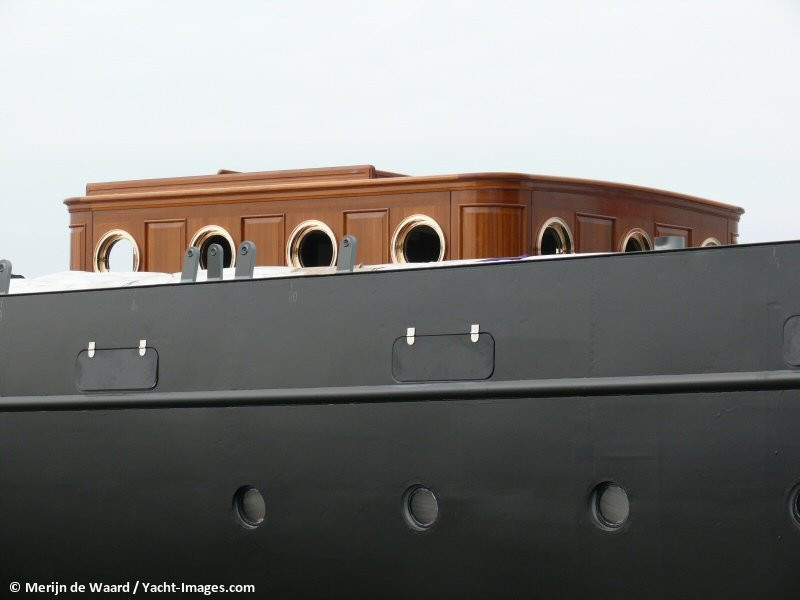 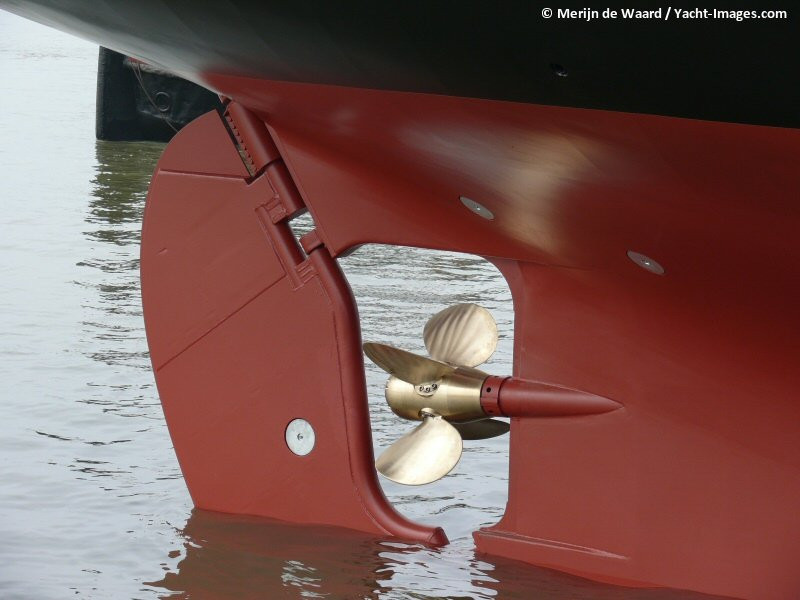 Atlantic reborn and ready to sail

Atlantic, a replica of the legendary schooner of the same name, is nearly ready to set sail from its Dutch quay.

These immense projects include the 31m Borkumriff, 30m gaff ketch Aile Blanche, the 1936 gaff ketch Thendara and the most recent 38m schooner Zaca a te Moana and 42m Eleonora, which was a replica of Nathanael Herreshoff’s Westward.

Atlantic is a 56m steel-hulled, three-masted schooner replicating the original 1903 transatlantic record holder. Kastelein has chosen to recreate the 1905 sail configuration which helped the original Atlantic clinch the record under the expert eye of legendary America’s Cup skipper, Charlie Barr. Stepped in March, the masts stand less than 50m while the first of the three alloy masts, with Sitka spruce gaffs and timber booms sourced from Alaska, has recently been completed. February 2009 saw the 826hp Yanmar engine and generators installed as well as the 75kW Veth bow thruster fitted. The labour-intensive work of crafting the custom deck hardware designed from plans and photographs of the original Atlantic has been undertaken by Portugal’s Absolute Projects. Teak decking supplied by Royal Boogaerdt of Rotterdam has been laid using a fingerjointing technology which allows a seamless run of over 30m in length of the rich, sleek wood.

Regarding the scale of his current project, Kastelein commented, “It’s a much, much bigger project and about 50 per cent bigger than the last two boats…In addition to the technology, the interior we’re installing is much more detailed as it’s all from plans drawn in 1900. It’s coming along very nicely, but sometimes I wonder if it’s ever going to be finished as we’re constantly fiddling around with these intricate pieces of wood.”

John Lammerts van Bueren has been charged with the weighty task of gathering background information on Atlantic from museums and yachts clubs around the world. A close friend of Kastelein, when asked about Atlantic Van Bueren said, “The team have worked together for 15 years. It’s a pretty extraordinary project and has such a positive atmosphere surrounding it. For me, it differs from other big boats in that everyone seems to be really enjoying the process.” Van Bueren went on to say, “Everyone involved is walking that extra mile just to get everything perfect, This goes all the way down to the guys at Harken who really turned the place upside down to build special winches for us and they’re extraordinary: really beautiful, bronze, low-profile and really traditional.”

With a completed hull and temporarily fitted deckhouses, the schooner was transferred from the Van der Graaf shipyard to a quay on loan from the Van Drimmelen timber works in Zwijndrecht, the Netherlands in March of 2008. It is hoped that a fully-rigged Atlantic will make a maiden delivery voyage in early June from Holland to Toulon, France for fitting out, which should take another year. However, before this can take place Atlantic will have to first negotiate the bridge along the Hollands Diep and Haringvliet which is 44.75m at the land-level, matching Atlantic’s 44.75m exactly.