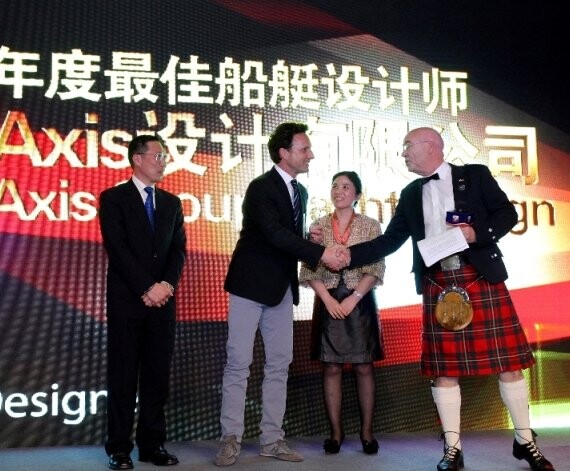 Horacio Bozzo from the Italian Design and Engineering Company Axis Group Yacht Design, has proudly announced that it has been awarded as Best Yacht Designer at the Asian Marine & Boating Awards 2013, on April 11.

This is the second award received in China after the Best Yacht Designer in Asia of the year 2012.