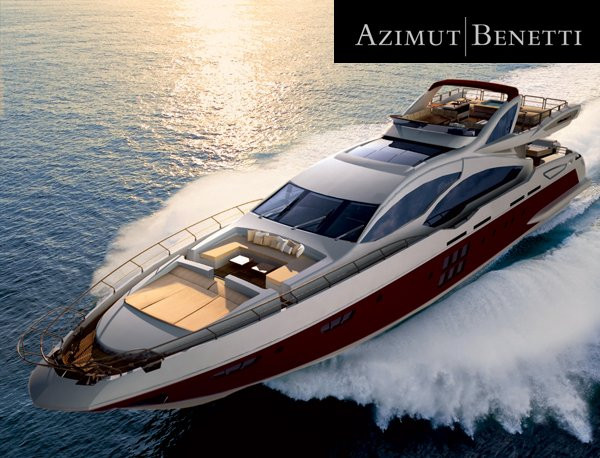 The superyacht industry has seen further evidence of a recovering market with Azimut Yachts reporting a firm growth in sales.

The Azimut-Benetti Group have announced a positive turnover since 1st January 2010 and a resumed growth trend of 20% compared with this time last year. At the end of March, shipyard workers across various production sites came off of the wages guarantee fund and returned to full time work.

Azimut-Benetti have further increased worker moral at the headquarters in Avigliana, with a more than healthy order portfolio: on 30th March 2010, just over halfway through the nautical year (1st September - 31st August), the Group recorded orders for 90% of its budget; approximately 50% more than at the same date last year.

This translates into approximately 250 yachts sold, in terms of end sales, compared with just over 150 in the same period last year. The financial growth reports of the Azimut-Benetti Group are reinforcing the signs of a recovering superyacht market, showing that customers are buying once again.

The Azimut-Benetti Group are confident about the coming months, which are usually decisive for sales, whilst looking forward to closing the year with further increases in turnover and profit margins.

"We are witnessing a reversal in trends and, although we must necessarily be cautious, we are optimistic that the worst is over for Azimut-Benetti," said the Chairman Paolo Vitelli. "A brilliant result, obtained also due to the commitment of the whole company and to a specific strategy, which achieved exactly what we hoped for".

Azimut-Benetti's strategy for forwarding their success has focused on numerous objectives, such as a commitment to present over 30 new models over the next three years, of which approximately half will be longer than 100 feet.

Azimut Yachts has recently announced the new Azimut Grande division, with four new yachts of over 30 metres set to join the Azimut Grande fleet, including the first model: the Azimut 120 SL.