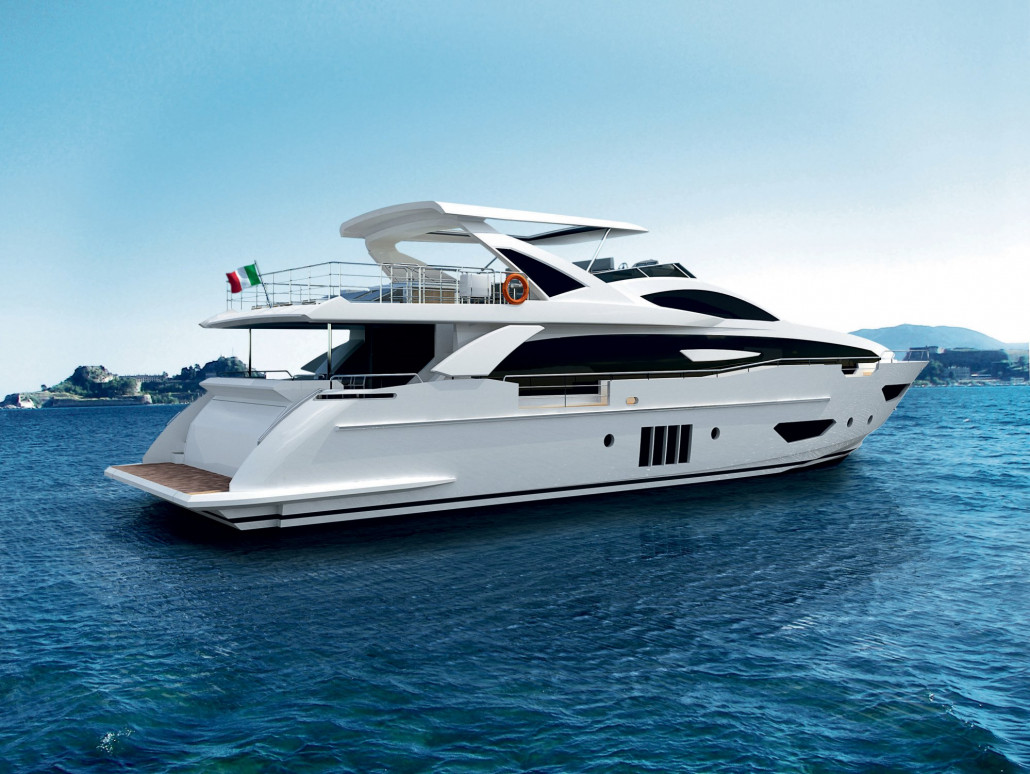 Perhaps the standout component is the yacht’s raised wheelhouse which has been separated from the main deck to gives the owner and guests more space and maximise privacy.

Thanks to this raised wheelhouse, the yacht has five cabins, four guest cabins on the lower deck and an owner's cabin on the main deck towards the bow. Double, floor-to-ceiling picture windows help create a sense of continuity between inside and out.

Another notable feature is the yacht’s spacious flybridge which includes a cushy exterior dinette that seats 10, a mini bar, Jacuzzi, and comfortable sunbathing area.

In terms of performance, Azimut Grande 95RPH can reach maximum speeds of 26.5 knots and cruising speeds of 20 knots.

The Azimut Grande 95RPH will be officially launched at the 2014 Cannes Boat Show in September.