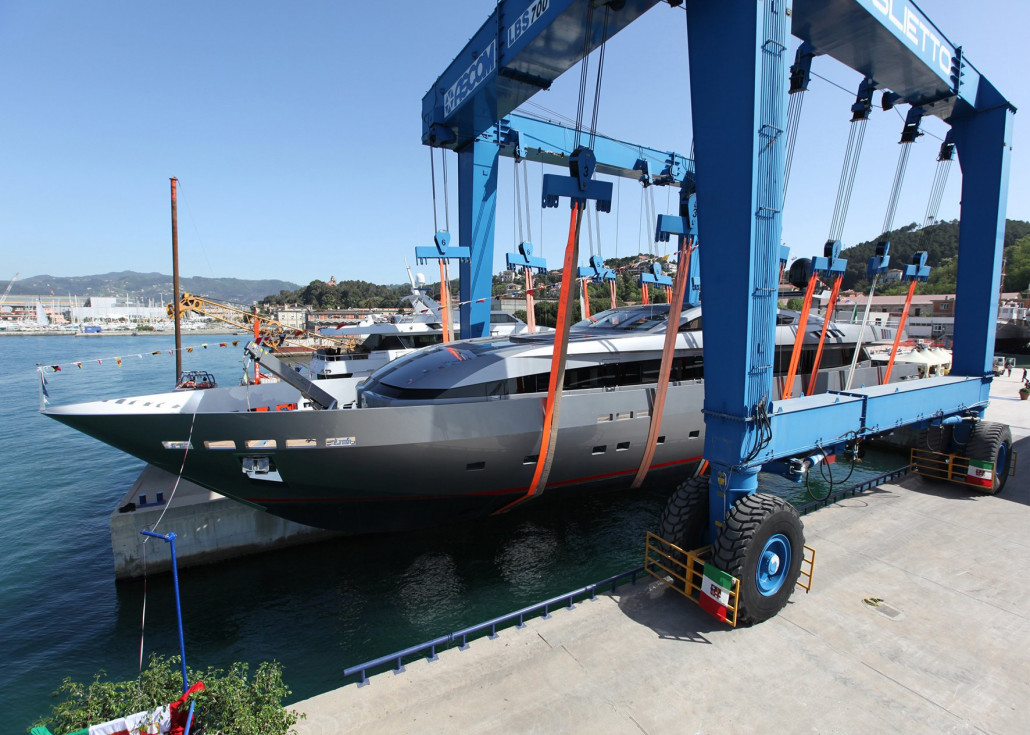 The launch of a brand new 44m fast superyacht took place at the Baglietto facilities in La Spezia this weekend during a private ceremony. The latest in the Baglietto fleet, Monokini is the third hull in the FAST 44m line.

The Italian shipyard has heralded the launch as a “true rebirth for the Seagull brand” after a ceremony which was deemed as a comeback in business for Baglietto.

“Today’s launch is a milestone for our shipyard and makes us all extremely proud as it is a tangible sign of the rebirth of this glorious brand,” explains CEO Diego Michele Deprati. “This 44m yacht is really magnificent, the true embodiment of Made-in-Italy quality and style.”

Monokini is seen as an evolution of the 44m FAST line, whose first two models were Tatiana per Sepre and her sistership Apache II. Featuring an aggressive silver hull, this yacht is characterized by streamlined, sleek outer lines reflecting the unmistakable style of designer Francesco Paszkowski Design, who continues to interpret the Seagull philosophy to create new levels of quality. Her interior design was pieced together by designer Alberto Mancini while Baglietto took care of naval architecture and engineering aspects.

With a beam of 8.30m, this yacht is capable of accommodating 10 guests in 5 cabins, all located on the lower deck, as well as 8 crew members. Thanks to two MTU 3600hp engines she can also reach an impressive top speed of 30 knots in the utmost comfort, while the four at-anchor stabilisers grant flawless stability event when the yacht is far out at sea.

Monokini will remain at the Baglietto shipyard whilst she undergoes some final on board fit outs before heading to the Cannes and Monaco Yacht Shows later this year.