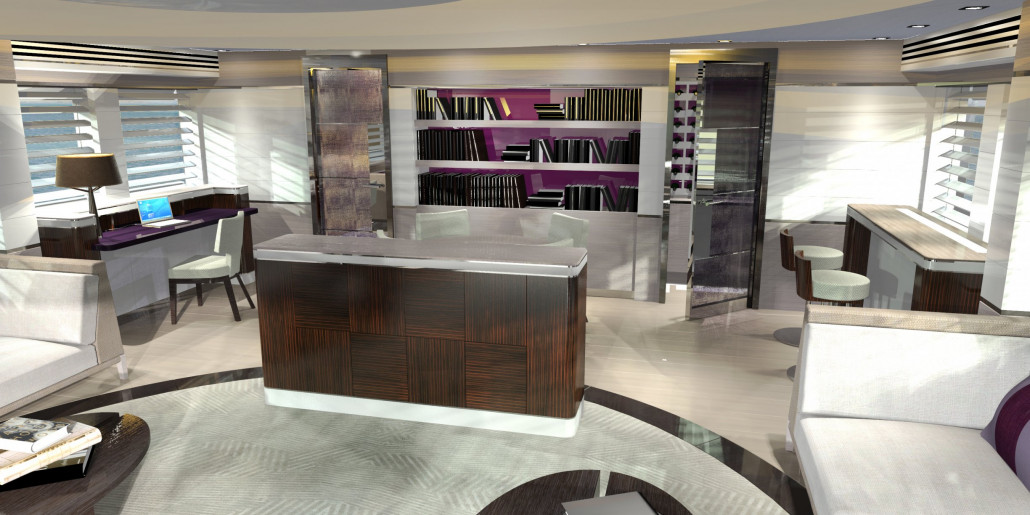 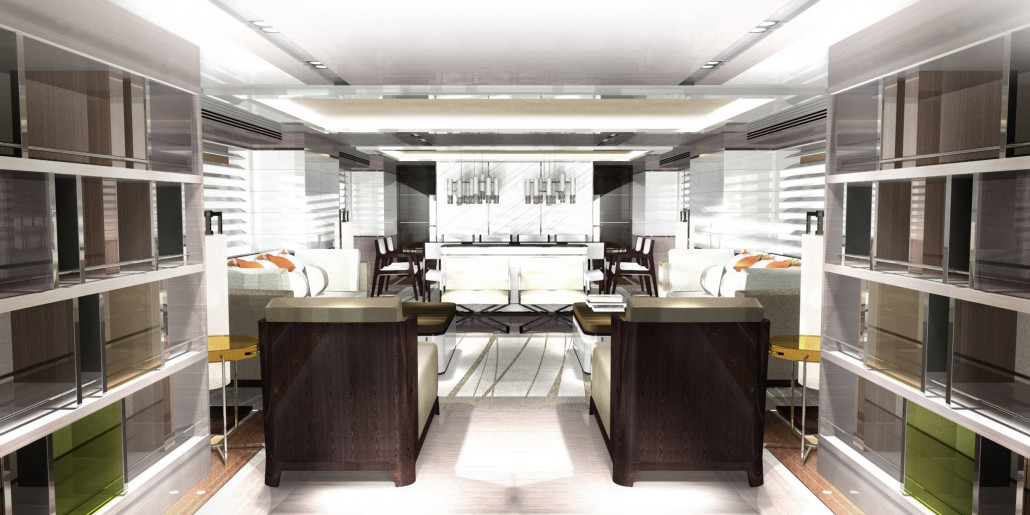 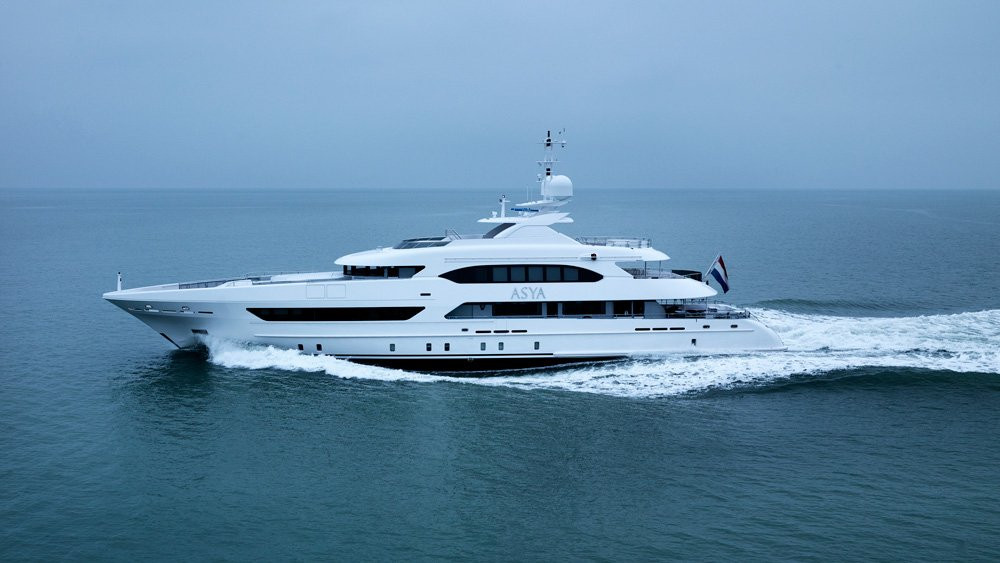 It was Frank Lloyd Wright who once said “simplicity and repose are the qualities that measure the true value of any work of art”, and the grand-master of design’s words ring true to this day in numerous projects around the world. One of which is the recently delivered 47m Heesen motor yacht Asya, a stunning vessel on which the Bannenberg & Rowell studio harnessed the art of simplicity.

We spoke to revered design team Dickie Bannenberg & Simon Rowell in the heart of the Chelsea design quarter to find out more about her stripped back interior style and the studio’s approach to Heesen Yachts’ blank page brief.

What was your inspiration when approaching this project?
DB “[Heesen Yachts] kindly give us the latitude to come up with concepts in the first place. This is our fifth boat with Heesen and the fourth in the 47 class. We did Elandess, then Lady Petra and then Project California which became Secret. We had a blank sheet of paper in terms of what kind of concept style we could develop.”

SR “When we started it really was a blank sheet of paper. Of course Heesen was relying on us to make something saleable and attractive and good for them to market. They’ve taken the view - with which of course we’re very happy - trying not be all things to all men but rather to actually create a strong concept with which people would immediately identify. But which is also identifiable as a fully designed environment. They’re getting everything you would from a bespoke project, they're just not commissioning it themselves as the yacht could be bought at any time during the build process.

Asya herself started life as project Hé - and what we decided to do [was] to distill things a little bit while still retaining that very bespoke feel. We didn’t want to create a production boat, we wanted something a little more pure and profound, a distillation, and to put forward something that, though not minimalist is something which is a very clean, clear and contemporary dynamic interior. We’re not just talking about minimalism or brutalism, we’re talking about the purity of a combination of form and function. Curated to form a responsive design for the owner. As you can see we’ve taken some of that ideology rather than creating a sterile product, the result is still layered, still human and evoking a human emotional response.”

How did you harness the art of simplicity in this project?
SR “It’s that old adage, ‘good design is about what you take away’. So as part of the melting pot that is the conceptual process in house, we’ll put together a lot finishes which we think are complimentary, and styles, right down to furniture and even bespoke furniture, sketches and things straight away - then it’s just a case of distilling and distilling and distilling. What can we take out while retaining everything that the project needs. If you look at the main salon, there’s a lot going on there in terms of layers and light - and all of those things are there to define space, either subtly or psychologically, so I think it’s a case of taking a lot out. You can actually achieve a great deal with well considered and well proportioned design. That’s the discipline of the design, and Heesen afforded us the ability to do that.”

DB “It’s quite a good trusting environment we’ve built up over the years. We have a lot of conversations with Heesen on a budgetary front, which is one of the earlier conversations we have, but we design in an inherent conformity with their budget as we know how they operate pretty well.”

What kind of lifestyle have you created on board?
DB “Is there a separate lifestyle identified in there I guess is how I would approach that, but I think there is a certain Aman Resort vibe to it, by which I mean it’s slightly stripped down but not minimalist as Simon was saying.”

SR “It’s a good question, there is a certain serenity to it and a certain calm. I think we’ve designed it in such a way. Rather than going for very untouchable or high gloss finishes and things like that ... so it’s approachable, which means you can still kick off your shoes or even go on a sporty trip with friends, it’s going to be approachable even though it has that calm about it. It’s not supposed to be a museum.

DB “Thats exactly who we attracted in the end. The buyer is a young family guy, just starting his own family, and a pretty sophisticated operator in his own right. He’s very familiar with the power of good design as he’s had a lot of experience in the hotel industry, and that’s exactly what has attracted him, the lifestyle that Simon talks about - that serenity and informality overarched with a smart stripped back feel to it.

What are your proudest creations on board?
DB “The proudest moment is when someone comes along and buys it. The only thing they’ve changed is something small which had previously been value engineered out, but we give the time scale, if they had wanted, to change whatever they like but they came in and they loved it.

How has this evolved since your previous work with other Heesen Yachts?
SR “I think there’s a lot of faith Heesen put in us, but it’s not just to do with putting nice mood boards together and coming with a good idea and a good name of a concept. I think, because we know each other, we know they can say what they need to say to us. If Heesen need something quicker, they know we’re not going to throw our toys out of the pram and say ‘you didn’t say it like that’, or perhaps we think we can deliver work a little quicker, it’s that sort of synergy and integration, that evolves over time.

I think Frans’ own boat was sensitive for everyone, similarly designing their biggest boat to date with Galactica Star were potentially nerve wracking assignments; but I think that trust evolves over time and it’s evolved in a very positive way between everyone from the joiners to the guys at the top.”

To read more about Asya’s delivery and gain an insight into her engineering and construction, click here.